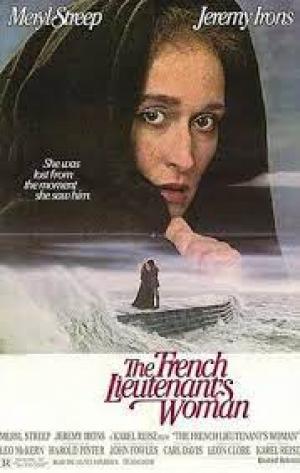 Past and present tense

"A style is not a matter of camera angles or fancy footwork, it's an expression, an accurate expression of your particular opinion."
~ Karel Reisz

Karel Reisz was one of the founding fathers of the British New Wave via the realist school of the Free Cinema documentary movement, and was responsible for a couple of standout films of the genre in the early 1960’s. In 1980 he came to a project that had been languishing for a decade in various states of production, The French Lieutenant’s Woman, but he finally brought all the elements together to create a memorable piece of cinema. Those elements included a beautiful score by Carl Davis, ravishing cinematography from Freddie Francis, a brilliant script by Harold Pinter and two superb performances his lead actors, Jeremy irons and Meryl Streep.

The story operates across a split time frame, Sarah and Charles in Victorian England and Anna and Mike in the present day (1980). Anna (Meryl Streep) and Mike (Jeremy Irons) are modern day actors making a movie about Sarah and Charles and their troubled relationship. The stories are cross cut with each other, running parallel and counterpoint at once. Sarah is a poor, working class woman with limited options and Charles is a wealthy scientist, betrothed to Ernestina (Lindsey Baxter) the daughter of a wealthy industrialist. Sarah scandalises the local town by allegedly having an affair with a married Frenchman, hence the whispered slur French Lieutenant’s Whore, and Charles becomes entranced by the enigmatic girl.

The clever device of running a contemporary, illicit love affair between married actors and a Victorian affair allowed Pinter to contrast the mores of a bygone era with those of the post Second Wave Feminism of the late 1970s. Pinter engaged this solution to the complex source novel by John Fowles, where Fowles offered several different endings amidst a slew of sidetracks and footnotes more suited to the novel form than cinema. Pinter also distilled the story into an essay on expectation and assumption when dealing with the sexual politics both eras. Charles, and his peers like Doctor Grogan (Leo McKern) make assumptions about Sarah that are ultimately proved shallow and cliched, and Pinter hints as much when Sarah states, in agreement with Charles, ‘I am a remarkable woman.’

It says something of the vulnerability of intelligent women in the Victorian age, that without marriage or good prospects, a young woman had to find the support of some sour dowager, swallow her pride and do the subservient small-time bidding of bitter, disappointed minor aristocrats, when men like Charles and his friends could live a life of privileged, suspended adolescence. Charles has an academic intelligence, but no emotional intelligence, and Pinter makes that point that for all the progress in the hundred years separating Charles and Mike, nothing much has changed. Charles assumes Sarah can only be living on the streets of London as a fallen woman when his scheme to redeem the troubled woman comes unexpectedly apart.

Reisz handles the different timeline problems with deftness, making lingering inferences with subtle use of reincorporation or foreshadowing, both visually and in the text. He’s aided by fabulous performances from his leads, and even though Streep and Irons were both relative newcomers to A-list feature leading roles, they both took their opportunity with relish and delivered superbly. Streep forever marked herself as an actress to watch by winning a Golden Globe and BAFTA for the roles and an Oscar nomination for her remarkable characterisations of the women from different ages. She is matched note for note by Irons, who brings a gravitas and level of ambiguity to his roles that fully make the parts cohere. There is a delicate and telling small role from the marvellous Penelope Wilton as Mike’s much put-upon wife and a robust, classic turn from Australian actor Leo McKern as the local doctor.

The scenario nicely subverts expectations in both set-ups, as we discover the complexities and ripples of the potential consequences of both affairs. Mike and Anna’s fling seems archly romantic until contrasted against the betrayals it involves and the potential wrench it represents to each party and to each family. Sarah and Charles’ relationship is more formally destructive, as Charles suffers the ignominy of legal action against him for breach of contract. In the Victorian setting reputation is all, and Ernestina’s is defended to the hilt in court by her father’s money as if it is just another asset in his portfolio. Sarah has no defenders of her reputation, destroyed as it was by falling in love with the Frenchman and she’s left to survive on her own wits.

Pinter’s minimalist approach underscores a Victorian society that carries a veneer of respectability, where as much is left unsaid as is said. The lower classes are seen as more honest in their pursuits than the enforced formality that their upper-class employers are bound by a rigid code at once tacit and understood. Part of Charles’ disgrace is he is forced to air his dirty linen in public via the legal action, and that just won’t do old chap. Anna has a self-awareness that Charles can only wonder at, saying at one point to Charles, ‘I married shame.’ She also sees her inner turmoil clearly and expresses it through her art via a series of tortured self-portraits. Anna knows the power centre of the patriarchy and works within that dynamic to her own ends, where Charles is too caught in the moment to think of any long-term strategy.

The French Lieutenant’s Woman is a fine, poetic piece of filmmaking, and is a reminder that sometimes a great feature can hang on a simple motif, the pure cinematic shorthand Reisz captured with his glorious image of the woman at the sea wall turning and revealing (or not revealing) her face. In that moment we are all Charles. Eventually we come to realise that he’s haunted as much by the prospect of a life of sterile respectability as her beguiling face. Unlike her character, Meryl Streep never looked back, and Karel Reisz only made two more films, the brilliant Patsy Cline biopic Sweet Dreams and a filmed version of Arthur Miller’s Everybody Wins. Reisz’s early background in communal collaborative projects served him well in assembling an A-list of collaborators in most of his feature projects, but none could match the team that helped him put this haunting and memorable screen masterpiece together. Superb. 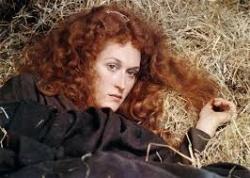 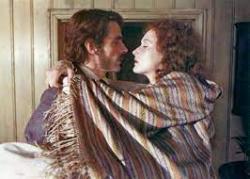 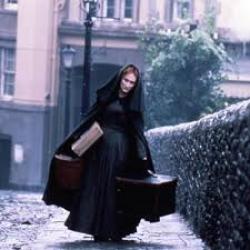