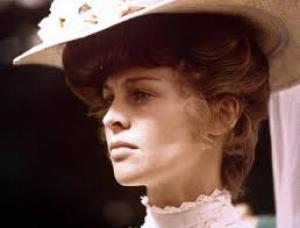 A girl out of time

“To see things as they really were... what an empoverishment!” -  L. P. Hartley

This is the last of the Harold Pinter written screenplay's that American ex-pat Joseph Losey brought to the screen in 1971 with the novel of the same name by L. P. Hartley. The lush photography of the versatile Gerry Fisher and the verdant Norfolk surrounds creates a mood of leisurely reflection that lulls the viewer into a sense of relaxation that belies the tensions that exist beneath the oh-so-civilised veneer. Avatar of the age Julie Christie is the beautiful Marian, an upper class young woman coming to terms with loving the wrong man in farmer Ted Burgess, and she uses the fortuitous arrival of the young Leo to act as her messenger.

"The past is a foreign country, they do things differently there",  is the famous opening line, spoken by the elderly Leo (Michael Redgrave) as he has been summonsed to see Marian, now an old woman. Leo's mind flashes back to his youth when as a twelve year old he goes to stay with the Maudsley family on their large estate during summer in the early 1900's. The young Leo (Dominic Guard) is a down on his luck middle class boy who's widowed mother has arranged for him to stay with his school friend Marcus, who spends a lot of the holidays sick and in bed. Leo is suffering in the heat and Marian offers to take him to town to buy him a summer suit, and it's there that Leo first gets the impression Marian is hiding something form her family. During an outing to go bathing in the river Leo sees Ted (Alan Bates) swimming and later hurts his leg on Ted's farm while playing on his haystack. Ted takes the opportunity to have Leo secretly take a letter to Marian, and so the illicit correspondence begins. Lord Trimmingham (Edward Fox) arrives at the estate and it's clear he's the family's favoured suitor to Marian, as he represents the 'old money' world and the aristocracy to which a 'nouveau riche' family like the Maudsleys aspire. The landed gentry class were pillars of the society to which they subscribed and every bit as culturally elite, but until they had the final imprimatur of 'nobility' they were 'not one of us'. Marian represents the family's chance to cross that final divide into the aristocratic class, where bloodline is all, and eventually the family intend to announce the engagement. At Leo's birthday Marian is nowhere to be found, and Leo is compelled by the suspicious mother (Margaret Leighton) to take her to Ted's farm where she's found.

The themes that Pinter and Losey explore are multi levelled, class, sex and a patriarchal system of repression all come under the microscope, viewed through the eyes of a young boy. Leo is constantly reminded by Marcus and his brothers about the level of etiquette required for every situation, formal or casual, a system coded with information about one's place in the world. Wearing the wrong hat to a cricket game simply isn't done, and the one interaction between the upper class and working class villagers is seen as a chore to get out of the way. The dinner after the game is an indication of what stretches the limit's of civility in this world, as Ted is invited to sing and Marian volunteers to accompany him on piano, but Ted's reputation as a "ladykiller" causes unease and Marian's forwardness in sharing a stage with him is borderline scandalous, this duet is taboo. In the ordered and manicured garden of Mrs Maudsley Ted is a danger, a weed to be dealt with, but Marian is actually a far greater threat a "deadly nightshade", part of the garden that can destroy it from within. The system is able to cope with outside peril as it's fighting from a position of strength, but Mrs Maudsley recognises Marian is destabilising the system from within and she needs to be corrected, reminded of her class and responsibilities. 'Noblesse Oblige' cuts both ways.

The cricket match is the system in microcosm, the working classes one opportunity to have a win over the ruling class, and Ted is their trump card. Trimmingham has some ability at the game, and indeed smacks a couple of lovely off and cover drives, (Edward Fox obviously had some ability here) whereas Ted has no technique just a raw skill involving a good eye that let's him hit boundaries and sixes at will. Ted's threat is diluted by Marcus, "Burgess has no sense of culture or discipline",  echoing the philosophy of the ruling class, that superior breeding will win the day. The ladies are in peril from Ted's whacking the ball near them, and ultimately as Trimmingham bowls to Ted, he hits it high and Leo manages, in a foreshadowing of future events, to catch him out. There's also a lovely 'run out' gag with Mr Maudsley (Michael Gough) and Marcus, but one suspects Losey's (American) attitude to the game was summed up in his shot of a woman yawning. Sadly this poisonous philosophy of superior breeding led to a particular blindness, and inability to admit error. It would shortly contribute to the bloody carnage on the Western Front, where upper class officer's failure to admit error would push an unending line of working class soldiers into the teeth of enemy machine guns, in prolonged trench warefare.

Leo is besotted with the gorgeous Marian, and as his sexual awakening is stirred by his suspicion that something beyond kissing is going on, "What does a lover do"?  he insists from Ted after he read one of Marian's letters for himself. Trimmingham is portrayed as a thoroughly decent chap, but he senses something is afoot and takes to calling Leo "Mercury",  the messenger of the gods. Leo resorts to the mystical in an attempt to control what is mercurial of itself, the nature of feeling and of impulsive love, by going to his magician's black magic book. It's a neat allusion to Marian going over to the dark side, as she comments to Leo on how much havoc she would wreak if she could cast spells herself. Marian is a creature trapped by a system in which she must play her part, it's a game and there are rules. Trimmingham plays by them, he dutifully marries Marian even after she's pregnant with Ted's baby, ironically diluting the line of blood in the process. Leo can't understand why the two lover's cannot marry, and his exclusion from this secret world frustrates him but the fatalism hangs in the air as events reach their inevitable conclusion.

Losey creates an atmosphere of perpetual and forced civility, as if the only thing separating these people from the jungle is the mores and rules by which they operate. Tension is lurking behind every phrase, every look, as order is preserved and form is everything. "There is no greater curse than an unloving heart"  the older Marian tells Leo, a man who was so emotionally damaged by the events of that summer that he never found the capacity to love in that way for himself. "Our love was a thing of beauty"  Marian reflects, but the tragedy of her life was that she would never again experience that kind of intensity in the conservative and institutionalised confines of her class and time.

Julie Christie is tender and affecting and superb as the trapped young woman, and she followed a string of iconic British roles by heading to Hollywood soon after for the bold and innovative McCabe and Mrs Miller  with Robert Altman. Alan Bates is sound as the strapping farmer, as is young Guard who does a great job as Leo and Edward Fox is note perfect as the solid Trimmingham. Acting honours however go to Margaret Leighton as the mother, wonderful as her world crumbles in the face of lust and love, and her increased frustrations with Marian are handled beautifully, until she finally cracks and takes matters into her own hands.

The Go-Between  is a top class example of the kind of films the Brits make better than anyone, and the fact that an American could negotiate the class ridden shoals so well, to fashion such a sure examination of that far away world, shows Losey to be a perceptive and keen observer, and a great talent lost to Hollywood as an exile in a "foreign country" of his own. 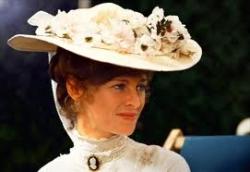 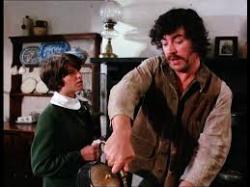 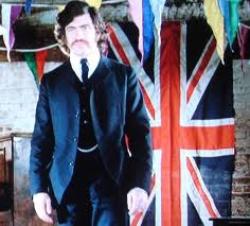 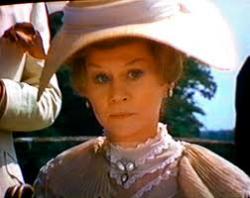