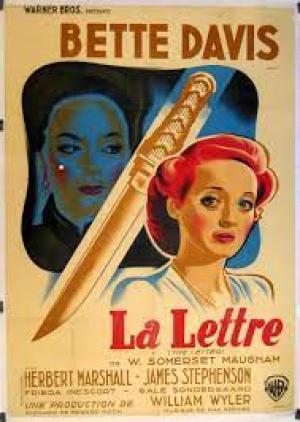 Bette's shot in the dark

"He doesn't articulate his criticism. But you sense his dissatisfaction. He seems to know when there's more to be gotten than you're giving. And he's relentless until he has it. The released print is the deferred proof." - Frederic March on William Wyler

William Wyler was mining a rare streak of form when he came to adapt Somerset Maugham’s steamy Far East set melodrama in 1940. Bette Davis dominates the screen as the duplicitous femme fatale in the exotic morality tale that centres on the lives of colonial overlords in British run Singapore before the war. Maugham wrote it as a play in the mid 1920s, based on a scandal involving adultery and murder and Paramount filmed a version in 1929 and resident staff Warner’s screenwriter Howard Koch provided the classy adaptation for this version. Wyler had been loaned out to Warner Bros from Goldwyn for Jezebel some 2 years prior and he again turned to his preferred leading lady to star for him, and the famously fussy Davis raised no objection as Jezebel had won her a Best Actress Oscar and she credited Wyler’s direction for the win.

The silence of a steamy tropical night on a rubber plantation in Singapore is broken by a gunshot. A man stumbles out of a building and a woman, Leslie (Bette Davis), walks after him and shoots him again in the back, emptying the gun. Leslie’s husband Robert (Herbert Marshall) An investigation into the shooting sees Leslie claim self-defence but still prosecutors put her on trial for murder and given the man she shot was a family friend the situation is complicated further. Her husband is a pillar of respectability and hires a crack defence team, but a letter is found in Leslie’s writing inviting her victim to visit on the night of the murder. The letter becomes a lynchpin in the question as to Leslie’s past and culpability in the shooting, and it comes at a cost, financial and emotional.

The Letter is a stylish Proto-Noir, too early to be categorized as pure Film Noir, but the remarkable cinematography from veteran Tony Gaudio infuse the studio bound sets with a convincing tropical mystery and mood. It’s a stunning visual sleight of hand and draws on French Poetic Realism as much as Warner crime films of the 1930s to capture and set a tone of steamy, tropical claustrophobia to underpin the drama of betrayal and murder, all on the Warner Bros backlot. Wyler has the camera move and swirl as it reveals the characters and the events that caused a real-life scandal in 1911. The colonial setting and clash of cultures theme was watered down when the Production Code refused to have the victim’s Chinese mistress as in Somerset Maugham’s 1927 play and changed her to a Eurasian wife.

Wyler was at the top of his game when he came to make The Letter, and Bette Davis was in the second of three films she’d make with Wyler. Davis and Wyler were lovers when she won an Oscar for their first collaboration, Jezebel, a role that kicked off a run of 5 successive Best Actress nominations for the notoriously difficult Davis and The Letter would give her the last of that streak, but she would lose out to Ginger Rogers! Davis was always gracious when acknowledging Wyler’s direction, saying “I did it his way… Yes, I lost a battle, but I lost it to a genius… So many directors were such weak sisters that I would have to take over. Uncreative, unsure of themselves, frightened to fight back, they offered me none of the security that this tyrant did.” Wyler created a hyper-real, fever dream piece, redolent of the studio manufactured ‘reality’ of the best of the studio system, as Renoir would do with Swamp Water or Negulesco with Road House. The film is a dissection on desire, and sex, thwarted passion and frustration hangs heavy in the air - the westerners are outsiders, and the true connection with the East is unavailable to them, so they distract themselves with frivolous pursuits.

Bette Davis dominates the picture, and she is perfectly cast as the highly strung, haughty Leslie. It is her ability to convey ambiguity and complexity with her characterisation that brings Leslie completely to life under the watchful eye of ’40 take Wyler.’ Davis was one of the rare star actresses who would relish playing a villainess, and in 1940 she was in career best form. She’d missed out on playing Scarlett O’Hara, a role she wanted badly and one for which she was the front runner in public polls, but she threw herself into a series of defining roles and Leslie is one of her very best. At the time she was also the first woman president of the Academy of Motion Picture Arts and Sciences, but her abrasive manner and inability to work in a conciliatory way led to her resigning and returning the position to her predecessor Walter Wanger.

As to the rest of the cast - Gale Sondergaard plays Mrs. Hammond brilliantly, Herbert Marshall is as solid as ever as the much put-upon husband and veteran character actor James Stephenson is very fine as the lawyer – a role that earned him a surprise Oscar nomination, albeit one he didn’t live long to enjoy as he died the following year at the age of 52. The Production Code also insisted that Leslie not go unpunished (as in the play) and the downbeat ending as well as Wyler’s unerring Mise-en-scène contribute to the heavy air of gloom and fatalism that hangs in the air. Wyler was as adept as any auteur at giving a frame life and verve, in modes as different as the urban cramp of Dead End, the plains of the west in The Westerner, the windswept moors of Wuthering Heights and a bombed-out London in Mrs. Miniver. Somehow his versatility counted against him in the eyes of the auteur promotors, whereas Howard Hawk’s didn’t? C’est merde.

Wyler’s insistence of getting what he wanted and his instincts for what constituted a ‘take’ meant his actors always delivered definitive performances in films under his hand, and Laurence Olivier echoed Davis’ sentiments when he praised Wyler for teaching him about screen acting. Wyler’s brilliant run of hits between 1936 and 1942 (where he delivered 7 films for Goldwyn, 2 for Warner’s and one for MGM) included 7 Best Picture nominations and 19 nominations for acting! He became known as an actor’s director and Davis sang his praises until she didn’t, after they butted heads in their third collaboration, The Little Foxes in 1941. The Letter stands as their finest hour, a mesmerizing example of classic Hollywood doing what it does best with a shining star and a brilliant director taking a superbly written script and giving it life. Cinema magic 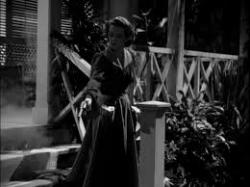 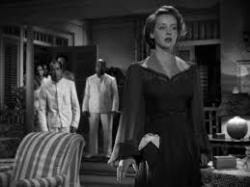 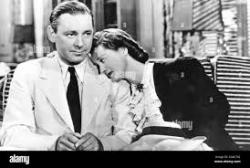 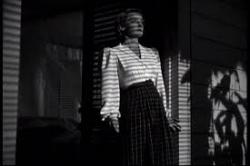 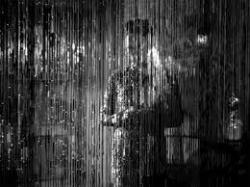