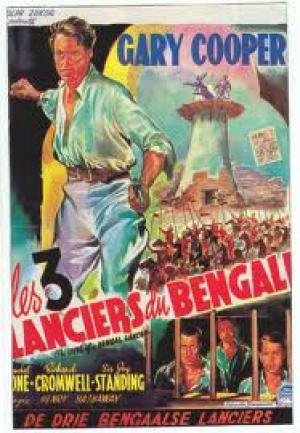 The Lives of a Bengal Lancer

Journeyman director Henry Hathaway, who started as an assistant to Josef Von Sternberg and Victor Fleming in the '20's, earned his only Best Director nomination for this 1935 British Raj epic, that helped spawn a cycle of similar colonial action films, peaking with George Stevens' Gunga Din  in 1939. Once Hollywood found the need to talk, an influx of British voices soon led to writers putting those dulcet tones to use, and many English character actors like C. Aubrey Smith, doyen of the Hollywood Cricket Club, found constant employment for their stiff upper lip. Ironically Cary Grant. who scored such a hit with Gunga Din  later but was then another young Paramount contract player, was considered for the role but was passed over in favour of Cooper at Hathaway's insistence. The film is essentially a transplanted buddy western, where a substitute cavalry regiment takes on the marauding Indian, er... Indians!

Gary Cooper was Paramount's rising star at this point, and the public loved him in this role and his status rose to challenge that of Mr Gable himself. A story persists of the intense rivalry between the two and the 'my dick is bigger than yours' argument that Cooper had the last word on by having a duplicate car made of the same luxury brand that Gable had already, with every spec the same, except one inch longer! Those were the days. The Lives of a Bengal Lancer  was a huge box office smash, and Cooper became an A-list star as a result, receiving a name-above-the-title status as a result, and remaining a top ranked star for the rest of his life.

The frontier of the India and it's control as a vital strategic piece of the British Empire became a favourite of audiences throughout the '30's and this story is set in the north of India and with the 41st Bengal Lancers. Lieutenant MacGregor (Gary Cooper) is a rogue officer who has trouble accepting authority when it means the senseless death of his comrades, even for an alleged higher strategic plan. Colonel Tom Stone (Sir Guy Standing) is the martinet and ramrod straight disciplinarian who causes Mac the most consternation, and soon he's having to deal with a wisecracking colleague in Lieutenant Forsythe (Franchot Tone) and Stone's young son Donald, a green recruit fresh out of Sandhurst. The father-son conflict lies at the heart of the story, with Mac taking a 'motherly' interest in the fortunes of the young Stone in trying to reconcile him to his cold and distant father. The regiment sets out to confront a rebel leader and stop him from receiving a shipment of ammunition.

The film is rooted in the Kipling era 'the regiment comes first' ethos, and as such the attitudes and mores are very of their time, a modern sensibility will need to cut it some appropriate slack. That said the performances are marvelous, especially Standing as the conflicted Colonel who doesn't have the tools to connect emotionally with his son, but instinctively knows he's missing out. Franchot Tone (Mr Joan Crawford at the time) is very sharp as the wisecracking Forsythe, providing great timing for many of the excellent one liners. Douglass Dumbrille is a memorable and powerful villain as Mohammed Khan, restrained, suave and assured, an adversary worthy of any Hitchcock film.

Cooper is fine as the Canadian officer, one presumes a Brit accent was a bridge to far? The production values are very high, lots of extras and horses and superbly staged large scale battles. The sets and costumes are exceptional and the attention to detail adds to the fun. It's a check-your- brain upon entry, old fashioned boy's own adventure. Cooper was also to star in the magnificent and not dissimilar Beau Geste  in 1939 for Wild Bill Wellman, and it was filmed in the same part of California as this film. Paramount's top cinematographer shot the film, Charles Lang, who had won the Academy Award for Borzage's A Farewell to Arms, which also starred Cooper, and the look and feel of the film, aprticularly in the atmospheric indoor shots, are testament to Lang's mastery of Black and White cinema. Lang would go on to be nominated a record 18 times!

Hathaway was a legendary bully on set, and in a town where the likes of Wellman and Ford made that a cliché, it says something that Hathaway had a reputation as the meanest of all. 'To be a good director you've got to be a bastard, I'm a bastard and I know it' was his own comment. Cooper must have enjoyed it as he made seven films in all with Hathaway, who continued to work successfully into the 1970's. The Lives of a Bengal Lancer  was oddly enough the only time Hathaway was nominated for a Best Director Academy Award, but unfortunately it was the year when screwball comedy was all the rage and  It Happened One Night  swept the pool, and Frank Capra went home with Oscar instead of Henry.

Hathaway made many great films, never a critic's darling like Hawks, but mostly able to turn out money making properties for the studios and that ensured his viability in a town that measured success mostly by the balance sheet. His name may not resonate like those of the great directors, but films like The House on 92nd Street,  Call Northside 777,  The Trail of the Lonesome Pine,  Kiss Of Death,  True Grit,  Niagara  and this one et al, leaves a hell of a legacy for a director who was decidedly 'old school' and then some. Smashing, proper, pukka entertainment. 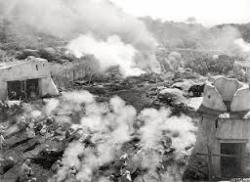 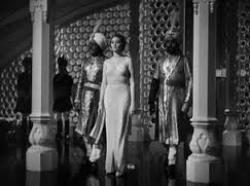 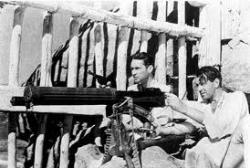 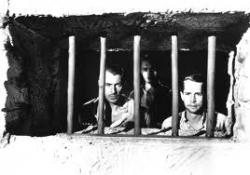