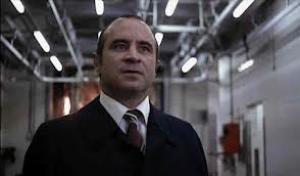 " If you prick us do we not bleed? If you tickle us do we not laugh? If you poison us do we not die? And if you wrong us shall we not revenge?" ~ William Shakespeare

In the 1960’s the East End gangster figure enjoyed a window of celebrity, the most notorious of them, The Kray twins, Ronnie and Reggie, hobnobbing with the glitterati seemingly amused by the presence of such dangerous buffoons at their parties and premieres. In popular memory the edge may have been taken off the ugliness of their criminality by the popularity of the superb Monty Python sketch featuring the Piranha brothers, Doug and Dinsdale, bit if a reminder was needed of their brutality and coarseness in arrived with a bang via John MacKenzie’s neo-noir, The Long Good Friday.  The film was a grim visitation on the mores and behaviour of some very vicious types, all hoping to become key ‘legit’ business operators on Maggie’s Farm, as the conservative-capitalist carve up of London beckoned in the wake of the Iron Lady’s election to power.

Harold Shand (Bob Hoskins) is an ambitious London gangster, he is cooking up a huge property development deal that requires a large investment of funds and has invited some US mafia connections to London to scope out the project with a view to partnering up with them. Harold holds a lavish party on his yacht to welcome the American ‘friends, but soon it is apparent that a campaign of violence has begun against his organisation and unless he quickly fixes the issue the deal may not go through. Harold, the Cockney Kingpin, spends the holiday Good Friday investigating who might dare to launch a vendetta against him on his own manor, and returns to the brutal methodology that enabled his rise to rattle the cages of those he suspects.

MacKenzie paces his film like a thriller, unpacking small pieces of the puzzle as the level of the threat slowly reveals itself. A disconnected moment here, a murder there, with no over-riding narrative to connect the dots gives a fine air of unease and tension as we try to absorb the significance of small events. Harold’s number two, Jeff (Derek Thompson) is spat at by a grieving widow whose husband was murdered in Ireland while Harold’s best friend is murdered in a bath house after a gay encounter seemingly goes wrong. Harold mother is at mass on Good Friday when the Rolls Royce and driver are blown apart in the church grounds, and suddenly the small events start to take on a larger significance. There is also some sly humour woven into the dialogue as when the oblivious Harold comments on the car bombing, “You don’t go crucifying people outside a church on Good Friday!”  The earthy humour of the cockney is never far away, as when Harold muses over his best friend's death, "Colin would never hurt a fly, well... only when it was necessary".  Harold thinks he's a man of homor surrounded by 'filth', ironically trying to drag himself up to the level of the upper classes he claims to despise.

A decade after the ‘glamour’ of the London gangster had subsided MacKenzie painted a vivid picture of the transitional period between the tawdry reality of those ‘glory’ days and the new London where the old thugs morphed into legitimate businessmen. Harold’s aspirations are embodied in the smooth and cultured tones of his new girlfriend, Victoria (Helen Mirren) who is able to affect a high class manner when aiding Harold in handling his business. Harold asks her to play up her upper class affectations when dealing with the Americans, “The Yanks love snobbery, they really think they’ve arrived n England when the upper class treats ‘em like shit”.  While Victoria tries to keep the Yanks distracted Harold goes to work and finds the threat is coming from an entirely different direction, the IRA.

The script was written by Barrie Keefe, a dramatist with extensive credits in theatre and radio, who managed to imbue the scenario with a quasi Shakespearian dimension, that of a powerful ‘monarch’ who becomes increasingly besieged and isolated. MacKenzie managed to capture London on the cusp of the Thatcherite conservative revolution, where vested interests lined up huge swathes of land and redeveloped them as the unions were being marginalised and the working class demonised. In many ways Harold was the ideal Thatcher businessman, a man of vision and dynamism, an ‘ask no questions’ capitalist able to pay off the right policemen and politicians in order to pursue his singular dream. Keefe managed to capture the sleaziness of the old school thugs, not least with the gay sub plot which referred obliquely to one of the Kray's proclivities in that regard.

Harold is also a metaphor for a Britain in transition, no longer a super power and struggling with modernisation in the light of American hegemony in world economics. When Harold addresses the Americans as they leave he berates them for their lack of vision as he invokes the ‘Dunkirk spirit’, talking up the British contribution to culture and sophistication while spitting out bile and contempt for an America that has only contributed the hot dog. It is of course archly ironic, Harold is the antithesis of culture and his speech comes off as that of a jealous kid not being let into play a game of football by the bigger boys. Harold tells them the UK’s future is in Europe and that he prefers partnering with the Germans, the inescapable conclusion being that they know how to get things done, an insult to Americans from a generation who struggled against German fascism, mafia or no.

Much of the success of the film lays in the compelling central performance from the late Bob Hoskins, an unlikely lad who became an icon of British cinema. Hoskins stumbled into acting by accident but the force of his persona and the boldness of his choices led to him being cast in a variety of roles, hard nosed gangster films like this and Mona Lisa  but also in Shakespeare, playing Iago in Othello  on the West End. The brooding power in the short-of-stature actor often left the impression of his characters being ticking time bombs and that was a key factor in making his Harold Shand an indelible British cinema villain. The final scene is justly famous as Harold takes in the extent of the power of his under-rated opponents. The epic hubris that led to that moment, the Shakespearean tragedy of the unravelling of his relationship with his surrogate son, Jeff, and the almost tender relationship he shared with Victoria helped give the character a humanity that belied the cold blooded killer underneath. It was a tribute to Hoskins that he could make such a vicious character likeable at any level, an acting job nothing short of a miracle.

Hoskins was aided and abetted by a fine cast of British character actors, primarily in Helen Mirren as the much put upon girlfriend, but also with several ‘faces’ who had actual connections to East End villainy, all making key contributions to achieve a rare verisimilitude on screen. Mirren is superb as the scheming Victoria, who sees the vision and the possibilities of being attached to Harold’s business ambitions and is yet prepared to turn a blind eye to the way Harold got his power and influence. Victoria has sold her soul for the lifestyle and baubles she acquires from Harold and is quite unprepared for the reckoning when it does come. Pierce Brosnan makes a nice screen debut as an IRA gunman, and Eddie Constantine does well as the lugubrious mafia capo Charlie.

In an era when British film was going through renewal and resurgence, The Long Good Friday  represented the pointy end of a vibrant movement that saw many fine films emerge through the 1980’s. Handmade Films, in the vanguard of that movement, purchased the rights to MacKenzie’s film after Lew Grade made so many cuts to the print the director deemed it not fit for release and the director’s cut made it to cinema’s intact, albeit nearly two years after filming. Along with Mike Hodge’s visceral Get Carter, The Long Good Friday  stands as a classic entry in British cinema, one of the finest films in any era with a lead performance for the ages. Vale Bob, thanks for the memories. 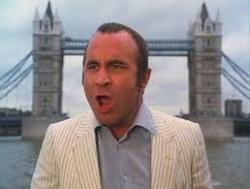 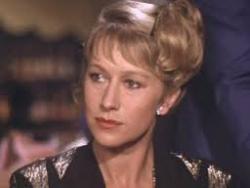 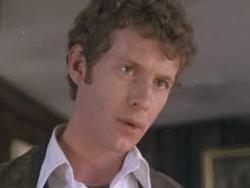 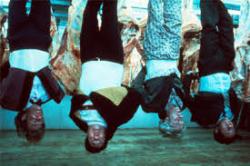