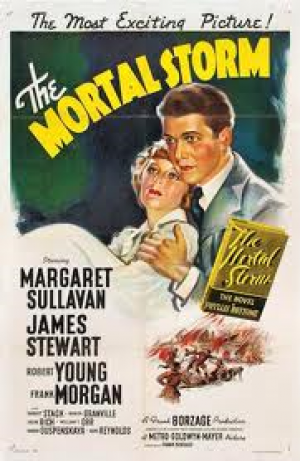 Storm troopers of the heart

MGM in the 1930’s was the antithesis of the word ‘political’, producing a populist stream of entertainments and fripperies, but with the Frank Borzage directed The Mortal Storm, they became one of the few mainstream studios to address the rise of fascism in Europe. Almost alone amongst his colleagues in that period, Borzage had addressed the militarism of Germany in Three Comrades in 1938, a film that dealt with the aftermath of WW1 via the quintessentially Borzagian prism of L’amour fou, and in The Mortal Storm he confronts Nazism through the lens of one families experience. Borzage favourite, Margaret Sullavan, nominated for an Oscar in Three Comrades, starred as the girl caught in the centre of the storm, and her ex-husband Henry Fonda’s best friend, Jimmy Stewart, stars opposite her in a role that showcased his dramatic ability.

The Roths are a typical middle class family enjoying a stable and happy life, when news of Hitler’s election victory comes through. The young men of the family are excited by the prospects for the country, but the patriarch Professor Roth (Dennis Morgan) is more circumspect. Freya Roth (Margaret Sullavan) finds her fiancé Fritz (Robert Young) is totally smitten with the new regime, and she is increasingly attracted to Martin (James Stewart), the pacifist amongst the group of friends. Martin comes under intense pressure to conform to the militaristic mindset of the moment, and both he and Freya become isolated and victimised. The Professor is imprisoned for his views, and Martin convinces Freya they should flee to Switzerland to live in freedom.

Borzage, the uber-romanticist, frames the drama with his trademark emotionalism, heightening the dilemma the lovers face, as one critic sneeringly observed, “It’s as if for Borzage, the ultimate sin of Nazism was to keep lovers apart”. This is merely his way of distilling epic, totalitarian oppression into an easily digested metaphor, and Borzage’s focus on the struggle the couple face gives the drama a human dimension that does not negate the political. Politics, under this paradigm, should provide an environment for its people to be free to achieve the transcendent state that romantic love offers, a society that protects and nourishes its population in every aspect of human endeavour; the two concerns are inextricably linked. In this late period Borzage universe the personal IS the political, as his increasing concern with the full dimension of humanism informed his trademark lyrical romanticism.  That Borzage could make his points in the film and have no mention of the word 'Jew', in relation to the Roths, of even the word Germany, speaks volumes of the prejudices and politics  that existed at the time in Hollywood.

Margaret Sullavan was the ideal Borzage heroine, intelligent and feisty, a type that became more commonplace after the Great Depression washed out the flapper/dumb blonde stereotypes of the Jazz Age. Freya required a tough vulnerability, and Sullavan, a troubled woman in her personal life, brought an edge and tension to the part that anticipated the more psychological roles that appeared in the 1950’s. Sadly, Sullavan, struggled with her personal demons for many years before dying relatively young in 1960 from an overdose. Sullavan enjoyed a productive partnership with Jimmy Stewart, and the pair made 4 films together, and she equalled that number with Borzage.

Hollywood eventually caught up to Borzage, and the Nazi’s became staple villains of every type of picture for decades to come, before descending into cartoon-ish lampoons. It’s amusing in The Mortal Storm to see the arch commie hunter Ward Bond, scion of the right wing, playing a brutish Nazi thug as his efforts to take lists and name names to HUAC was nothing short of classic totalitarian behaviour. It’s possible Borzage’s liberalism put him into conflict with the hounds of the Hollywood right, as after the 1947 HUAC putsch Borzage barely made another film, and nothing as urgent or heartfelt as the very fine The Mortal Storm.

* thanks to Borzage buff Robert Regan for some Borzage tips. 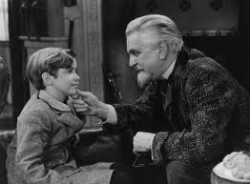 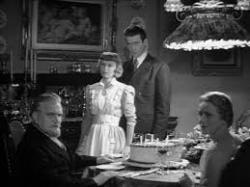 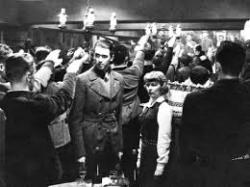 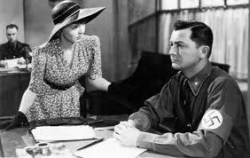 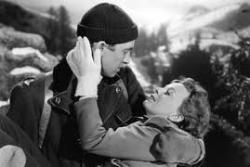