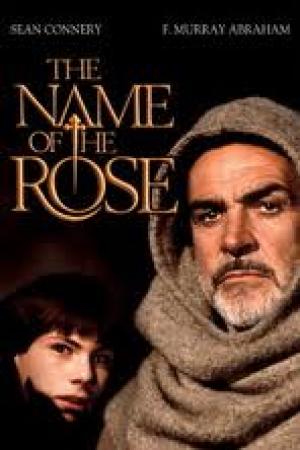 The Name of the Rose

"Libraries can take the place of God."
~ Umberto Eco

Umberto Eco's dense and detailed novel of the same name served as rich source material for one of the strongest roles of Sean Connery's career, the medieval detective Monk, William of Baskerville. The film is described as a 'palimpsest' of the novel, an allusion to something that is written on the top of or over something else, usually ancient parchment. This is one indication  of Eco's layering of message and meaning, appropriate for a Professor of Semiotics, and one that allows a lot of spark and fun as he teases his audience at every turn, the name of the hero for starters is a prime example. French director Jean-Jacques Annaud brought the property to the screen after several years in preparation and the effort and commitment shows in every frame. Pasolini's regular cinematographer Tonino Delli Colli, who also worked with Malle, Polankski and Leone gave the film its stunning and unforgettable visuals, aided by the astounding faces of the support cast and the superb set design.

William and his novice Adso of Melk (Christian Slater) wend their way through the snow of the Northern Italian hills to a Benedictine monastery where William is to represent his Franciscan order in a debate concerning Christ's poverty with Papal delegates. Upon his arrival he's greeted with news that there has been a mysterious death at the Monastery and he sets out to investigate it. The Abbott (Michael Lonsdale) secretly colludes with other Monks regarding William's involvement and when asked "should we tell him?"  he replies, "he would look in the wrong place",  indicating there are secrets at the Monastery they do not want uncovered. William's powers of reasoning are then in fierce competition with the forces of superstition as subsequent murders allow the elder Venerable Yorge (Theodor Chaliapin Jnr) to stir up panic by invoking a link to apocalyptic prophesy and the work of the devil, "The only evidence I see of the Devil is the desire to see him at work"  is William's reply. William battles to convince the Monks that the threat is from within their own ranks and his task is complicated by the arrival of his enemy the Inquisitor Gui (F. Murray Abraham) and the Papal delegation.

Eco's love of knowledge is what gives the piece its force and context, and in William he has a hero that he can utilise as a font of deductive reasoning in an era ruled by assertion of the supernatural and the concomitant superstition that engendered. Eco has some sport with the notion too, with William's delicious aside to Adso, "elementary",  after puzzling out a clue, a nice Sherlock Holmes in-joke. William unpacks some rudimentary instruments of science from his bag when he arrives, but quickly covers them up when the Abbott enters, immediately signalling a divide between what is acceptable enquiry in the eyes of the Church and what is not. William is warned by a senior Franciscan of the dangers they confront as their order asserts the "poverty of the clergy",  risking the label of heretics in the face of increasing Vatican led extravagance, "the times we live in"  he laments. William tells Adso that he is not afraid of books that "contain a wisdom different than ours",  but it is clear that those who run the library are. Yorge argues with William over the theological problems with laughter, "laughter is a devilish whim"  he says, going further and asserting "Christ never laughed".  William says there is no evidence to say he did not, and regrets the loss of Aristotle's 2nd book of poetics which was all about humour.

Eco deliberately frames his arguments around the paradoxical historical fact that the Church was in control of the bulk of the learning and education in the middle ages and was also largely responsible for the preservation of knowledge. The wrong books created doubt, and "doubt is the enemy of faith",  and so the Church used much of its influence to destroy and repress books it deemed heretical. It also fabricated 'evidence' when it needed to, as the insertion into Josephus of the famous 'golden paragraph' that provided a more or less contemporary mention of Jesus in a historical document. The Vatican now admits it is a forgery by Church fathers some 300 years later, as no such mention of Jesus exists in contemporaneous documents and as such he fails the standard historian's test of authenticity of personage. Orwell understood that to control thought you must first control information, and the Roman Catholic Church showed itself to be the fascist thought police of the first rank.

Politics is also a central component of what William must deal with, as when Gui arrives, for William's past as an inquisitor is revealed, one he's not proud of. Gui follows the path of blaming the murders on a couple of Monks who once belonged to an outlawed heretical sect called the Dolcinites, who professed the poverty of Christ, but who became violent in battling the indulgences of the Church hierarchy. "We took to give it back to the people you stole it from in the first place"  Remigio, one of the accused defiantly tells Gui at the trial, "I spent 12 years here and all I've done is feed my belly".  William has to reluctantly acquiesce to the charges of witchcraft levelled at the accused, knowing them to be false, and must convince the others that the murders are yet unsolved. Adso accuses William of loving ideas more than people - William knows there is an area where his reason can't battle physical force and this lack of control in the face of ignorance frustrates him. William's investigation leads him to the secret library containing hundreds of rare books, and again finds resistance to the truth.

Connery gives a fantastic performance as the brilliant investigator locked into a system suspicious of knowledge it doesn't understand, one of the best roles of his entire career and he invests it with dignity and wit. Slater is fine as the young novice and Abraham memorable in a scene stealing cameo as the arch Inquisitor, but it's the assorted array of supporting actors that stay in the mind, especially Ron Perlman as Salvatore and Chaliapin as Yorge. The set design is austere and authentic and the wintry mood feels  cold and bleak.

Eco condemns the philosophy of Yorge "there is no new knowledge, simply a continual and sublime recapitulation" , as the central scandalous concept the Church held to. It protected its tenets against heretical variants by force of arms, the medieval Popes were effectively military Princes and behaved as such. William existed some 500 years before the Enlightenment started to scratch away at the unquestioning ignorance demanded by the dominant meme of Christianity, a religion that in no way could be reconciled to the avowed poverty and humility attributed to its mythical founder. Eco reveals the hypocrisy in the gap between those in control, profiting from Christ's teachings and those that don't. Christianity is the theology of capitalism, of winners and losers and vested interests, where the top few percent have most of the wealth and the rest are told that suffering in this life is divine, and the rewards await in the next. There's a sucker born every minute .

Eco makes the subtle case for human connection versus the world of the silent and invisible 'saviour' by adding the earthy and urgent sexual vignette experienced by young Adso, an event that stayed with him all his life. The tacit tragedy that Eco hints at is that of real love wasted on the empty heavens and unreturned, when so many humans could have used it to give life meaning and context. The film works beautifully as both a detective story and as a comment on the abuse of power via control of knowledge, and as a reminder of the power of human connection, The Name of The Rose  is a thoughtful and superbly realised entertainment. 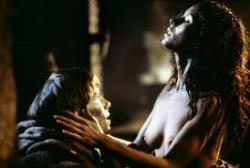 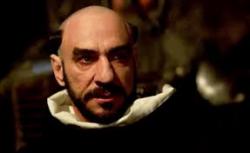 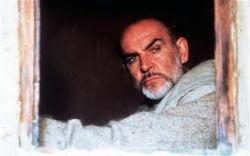