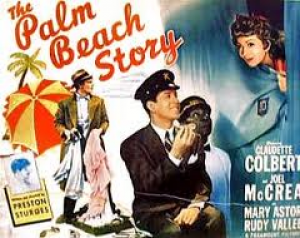 Hot on the heels on the inventive and charming 'The Lady Eve' and 'Sullivan's Travels' writer-director Preston Sturges fired up his imagination and came up with another slyly sexually subversive script in 'The Palm Beach Story'. Sturges again cast Joel McCrae as the male lead and given the 'screwball' nature of the work he cast the iconic Claudette Colbert as the ditzy woman who's trying to look after her husband by divorcing him. The genre of 'screwball' was a perfect fit for Sturges and his wry wit, and he continued to poke fun at American middle class mores while providing a quotient of glamourous escapism for the masses. It also allowed him to pass off as comedy many challenging ideas that the censors would mostly likely have forbade in any other genre, given 'screwball' could be explained away as a kind of alternate, satirical universe.

Sturges opens with a fast-paced slapstick throwback to the silent era with a scene based around a wedding. Tom (Joel McRae) and Geraldine (Claudette Colbert) make a madcap dash to the altar, and all is oddly askew as the groom is fitting into a suit at the last minute and the bride at her home is rushing past a woman bound and gagged in a closet. We jump forward five years to a moribund marriage that has stalled, and Gerry is in hiding from the rent collector at their Park Ave apartment. Tom dreams of getting his inventions to the public, but can't find finance. A sausage king takes a shine to Gerry and gives her enough money to pay the rent and their creditors, but she determines to use her sex appeal (after being accused by Tom of getting the money with it) to ensure they are not in that situation again. She skips south on a train for Palm Beach and he goes off in hot pursuit, ironically financed by the same sausage king. Gerry rides rough with the Ale and Quail Club before standing on the face of a very rich bachelor, and the games begin in earnest.

Sturges originally titled the piece, 'Is Marriage Necessary'? but had to change it because the censors disliked it's supposed demeaning of the institution. Sturges got around other objections, muddying the moral waters by making Tom and Gerry both part of sets of identical twins. The idea that they've married the 'wrong' person helped to somehow absolve Gerry of her intention to seduce another man for money to benefit her husband. Sturges confuses the situation further by having them pose as brother and sister to the prospective filthy rich victims. This is the playfully subversive version of the sexual mores of the era that Sturges uses as a tool to pry open the psychological 'can of worms' that is the behaviour and demeanour of the idle rich. Sturges obviously has an affection for the foibles of the eccentric, and he plainly had spent enough time among the very rich to be able to lampoon them so effectively.

In this screwball universe the Ale and Quail Club members are a prime target of Sturges' situational comedy. Gerry uses her feminine appeal to scam a ticket on the Florida bound train with a group of wealthy men intent on killing birds and drinking heavily. The Club takes over the train as if it's their birthright, blissfully creating havoc and damage before being cut adrift by a conductor at his wits end. The 'shooting' scene on the train is an interesting one, like many of Sturges' set-up's it would work brilliantly as suspense and drama if you took the smiles off the faces of the actors and had them play it straight. Sturges aims for the funny bone, but the behaviour of a group of rampaging fools, armed and used to having their own way is a comment on the idea of 'one rule for the rich and one for everyone else'. In Europe, typically, aristocrats get the benefit of fawning acquiescence, whereas in America it was money called the tune.

Sturges makes great use of successful crooner Rudy Vallée, a chart topping singer for over a dozen years by then, but used poorly in films via a series of 'cash in' roles, a pre-cursor to Elvis in this regard. Mary Astor took the role of Vallée's sister, but hated working with Sturges, even though she produced a fine and convincing performance. McCrae is very solid as the 'straight' man, trying to keep pace with his madcap wife, but it's Colbert who steals the show. Sturges unlocked the persona of Colbert as screwball icon, having starred in the first and definitive screwball in Capra's 'It Happened One Night'. Sturges puts her in the same situation, a girl without money trying to get to a destination, albeit this time Daddy is not rolling in wealth. Colbert has great fun with the sexually suggestive lines, and her added maturity takes away the 'gamine' look she had in the earlier film and lends a firmness to her resolve, in that we believe she'll get what she wants.

Sturges satirises the idea that sex is a commodity, an asset as much as the yacht upon which the millionaires swan about. Tom and Gerry play a game of sexual cat and mouse, surely a deliberate construct from Sturges, as she pragmatically determines her only ass-et is that upon which she sits. "Sex always has something to do with it" she tells Tom, who wonders how she got her $700. Innuendo and double entendre pepper the witty dialogue as Gerry goes about finding a man with money, and Tom impotently trails after her in a gender role bending riot of confusion. Sturges also gets some sly political digs in, when Mary Astor's much-married heiress exclaims, "nothing is permanent, except for Roosevelt". The Republicans were so scarred by FDR's four terms they changed the rules to limit a President to two terms as soon as they got the chance. Sturges dresses the film elegantly, acutely aware that the glamour and escapism he presents on screen is a welcome tonic to the depression beaten and now wartime masses, in fact his prior film, 'Sullivan's Travels', was about exactly that.

'The Palm Beach Story', the title now something of a deliberate play on 'The Philadelphia Story', represents Sturges at his highest point of the Hollywood ziggurat. He maintained the pace for a little longer and produced fine films for Paramount before becoming frustrated with their handling of his work. After Paramount there was every reason to think he could produce magic in another situation but it was not to be, the mercurial and mystical synthesis needed to create cinematic alchemy is no straightforward formula, and Sturges simply lost his 'mojo'. In America, he was something of a man out of time and place, and probably would have been more of a Noel Coward type with a longer career span if he'd been English? Nonetheless, Preston Sturges left a compact and neat legacy for generations of comedy lovers, and for people who appreciate style and wit. 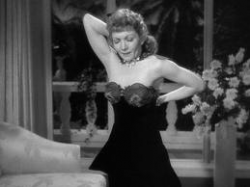 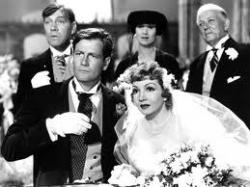 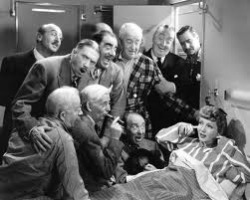 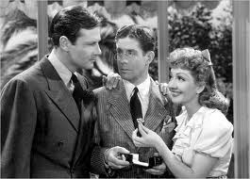 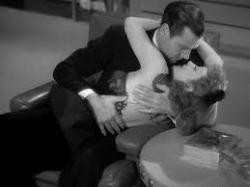 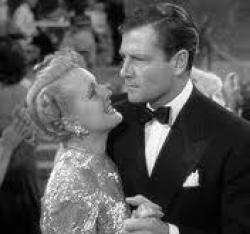