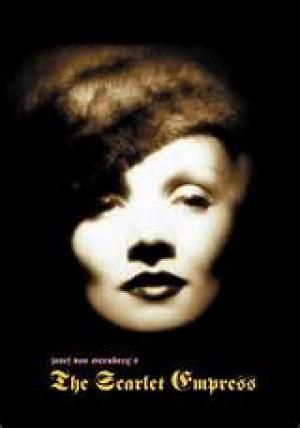 "I care nothing about the story, only how it is photographed and presented."
~ Josef Von Sternberg

Josef Von Sternberg’s reputation relies heavily, and justly so, on his body of work with Marlene Dietrich, a succession of timeless cinematic landscapes of beauty and shadow. The Scarlet Empress  was the sixth in a series of seven collaborations between the director and the actress he made a star, and was their least successful commercial project, containing as it does a strange and hyperbolic world that startled and disturbed the audiences of the Great Depression. A notorious iconoclast, Von Sternberg made no concessions to commercial concerns by making an MGM –like period romantic drama, then all the rage on the back of Greta Garbo’s enduring popularity, and the fact that Paramount (who were in receivership at the time) took their eye off him while they had troubles with their executive structure, didn’t help make the end result more marketable.

Sophia (Marlene Dietrich) is a young princess, a minor royal from a Russian satellite country who receives news that she is to be betrothed to the next in line for the Russian throne, the Grand Duke Peter (Sam Jaffe) in Moscow. A handsome envoy (John Lodge) arrives to escort her on the long journey to the Duke and promptly falls in love with her. The Russian Empress Elizabeth (Louise Dresser) changes Sophia’s name to Catherine, marries her off to Peter (Sam Jaffe) and tells her she expects a son to be born from the union in order to shore up the family dynasty. The Dowager schools the naïve Catherine in the dark, Machiavellian arts of the court, until Catherine eclipses the older woman for wantonness and cruelty.

Not only was the dark themed content no princess-kisses-frog fairy tale, Von Sternberg’s visual style resembled a surrealist’s fetid dream. The art direction and set design, all working under Von Sternberg’s vision, is amongst the strangest in classic era Hollywood, replete with carved, deformed gargoyles and nightmare sequences of topless maidens being burnt at the stake. As the narrative progresses it becomes harder to tell what’s more disturbing, the human grotesqueries on show or the ornate demons that decorate the rooms? Von Sternberg unlocks some tongue in cheek sardonic humour as he presents Dietrich as a giddy innocent in the early reels, playing against her popular sex symbol image, and setting up the contrast for the later change as Catherine takes charge.

Marlene Dietrich was Paramount’s answer to MGM’s Garbo, even down to the Mata Hari rip-off, Dishonoured,  her third film with Von Sternberg, and she took to the role of Catherine with relish and aplomb. She runs the gamut from girlish coquettishness to sexual predator and the scene where she replicates the Dowager’s lesson in humiliation is brutal in its directness and bite. Von Sternberg manages to film astonishing sequences, redolent with a sexual undercurrent that hinted at the darkness and corruption found in the incestuous and hermetic environment of the Russian court. Von Sternberg does not so much present history as fracture it, merely using some impressions of the actual events to riff on his standard visual motifs, without restraint.

John Lodge is a commanding presence as the dashing Count Alexei, caught between his loyalty as an officer and his needs as a man. Louise Dresser makes no concession to the exotic locale, not modifying her broad American accent one jot, an indication of her director’s priorities. Sam Jaffe hams up the idiot royal with his uber-gurning and eye rolling, and does well in company with his dark eyed lover, Ruthelma Stevens. As usual Von Sternberg only has eyes for Marlene as he frames her classical features in light and shadow and exotic surrounds, not particularly fussed about the minutiae of the tone and characterisation of the rest of the cast. Dietrich provided the requisite glamour and allure for the picture to succeed, but the bizarre framing of the film and the dense sexual mood made the film a bitter pill to swallow for mainstream cinema goers.

"Shadow is mystery and light is clarity. Shadow conceals--light reveals. To know what to reveal and what to conceal and in what degrees to do this is all there is to art."
~ Josef Von Sternberg

The film startled audiences in 1934, and can still raise an eyebrow in terms of its sheer audacity, but it failed at the box office and signalled the end of Von Sternberg’s pre-eminence at Paramount. Depression era audiences, hopeful for some exotic escapist fluff must have been scratching their heads as they left the rococo picture palaces and, with the Hays Code yet to be strictly enforced, the howls from conservative organisations like The Catholic League of Decency only served to ensure the films rejection.

Josef Von Sternberg made one more picture with Dietrich, the stylish bauble, The Devil is a Woman, but his ticket at Paramount was stamped after The Scarlet Empress,  where his autocratic behaviour and lack of restraint could no longer be excused by commercial acceptance. Von Sternberg fell out with Paramount’s head of production, Ernst Lubitsch and left the studio for good, struggling to find support for his idiosyncratic vision anywhere else. He had been obsessed with Dietrich, and had been her lover for a time, and he never again found an actress he could lavish his artistic attention on in the same way. The Scarlet Empress  remains a stunning reminder of the visual acuity of Von Sternberg, under-appreciated and widely disliked as a person, but here at least, an artist at the top of his game. 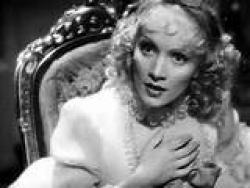 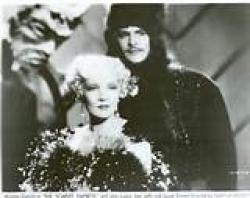 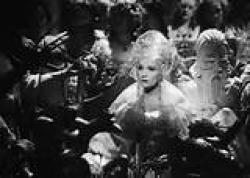 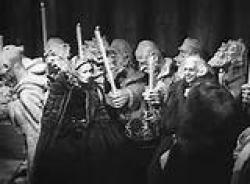 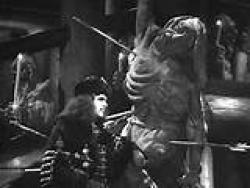 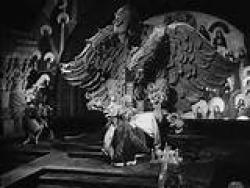 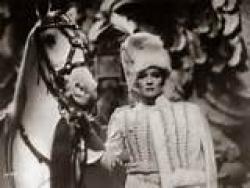