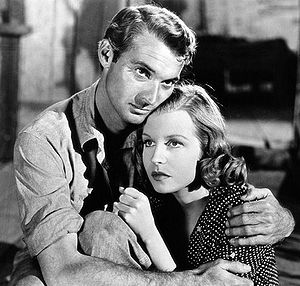 Jean Renoir, probably the greatest film director who has ever lived, was thrilled to be able to make movies in America, the land of his cinematic dreams, the home of Griffith, DeMille, Chaplin the giants of silent cinema who inspired him to want to join their ranks. Thanks to the Nazi’s Renoir joined the exodus of Europe’s intellectual elite and found himself washed up on the shore of the Hollywood Dream Factory in the middle of 1940. The pity of it all was that America had no idea what to do with him. He eventually made 5 feature films in America and abandoned a few others, and The Southerner was the third in the sequence being made in the last year of the war, 1945. Renoir’s renowned feeling for the common man is present in a story that focuses on the plight of a sharecropper farmer and his family trying to eke out a living on his own piece of dirt. Working without any A-list stars or technicians Renoir manages to construct a coherent and robust, almost documentary like feature that feels real and heartfelt, and of all his American films this may be the most satisfying. Politically it aligns with his Popular Front era pictures and is the kind of humanist cinema mistaken by the right as ‘communist’ friendly, and certainly if Renoir stayed in Hollywood he would have been caught up in the HUAC hearings, Alger Hiss being an associate and friend of his.

The cotton fields of Texas are swarming with itinerant labourers, black and white, united in their poverty and working for big landowner’s. Sam Tucker (Zachery Scott) and his wife Nona (Betty Field) are working the rows amongst them as Uncle Pete suffers a heart attack in the heat, before he succumbs he advises Sam to ‘grow your own crop’, to work for himself for a better future. Pete is buried with little fuss or ceremony in the only piece of land he’ll be able to call his, as Sam heads off to ask the boss to lease him an unused portion of his property. The Boss warns Sam that unless he makes a go of the property he’ll close him down and break the contract, the law seemingly loaded in favour of the vested interests. Sam agrees to the deal and packs up his wife and two kids, as well as Granny (Beulah Bondi) into a borrowed truck and drives away from the worker’s camp to the ramshackle dwelling they will call home. The land is overgrown, the house near uninhabitable and the well is not usable but Sam and Nona vow to make it work to provide a better future for their kids.

Sam catches a big fish from the river and takes it to his neighbour Devers (J Carrol Naish) as a gesture of friendship, but Devers is an embittered man and lectures Sam on what to expect, relating his experience of hardship and loss when he started out on his own. Devers cynically tells Sam that the Boss has let him have the land so he'll clear it for free before failing and leaving it to its owner in better condition. Sam’s sense of community and values sees Devers position as a moral blight and it represents a fate he must strive to avoid lest he lose his ‘soul’ or essence of what is important, family and hard work. Autumn turns into Winter and hard times come, Granny distraught at giving up her ‘best blanket’ to become a coat for the young daughter Daisy so she can go to school, just as the seasons give way to one another so old gives way to young. Sam scratches out a life for his young family, living off the land but his and his families ignorance contributes to son Jot getting an illness for lack of vegetables and milk. Sam asks Devers for milk but is rejected as he watches Devers feed his pigs on the milk his cows produce. A fist fight ensues after Devers reveals he wanted Sam’s land for himself and that’s why he’s wanted him to fail and after Sam leaves Devers goes after him with a gun. The situation is defused by the catching of a legendary river catfish that they both covet. The crop Sam plants grows and prior to harvest his widowed mother remarries the town storekeeper, a dance is held in town and again Renoir effortlessly handles the interactions and gets beautifully naturalistic results. A massive rain event floods the river and Sam’s crop is lost, and just as he is ready to give up he finds the women are still working at recovering the household, not quitting and forcing him to reassess. The family resolves to stay, having survived a year and determined to make a future still.

The message Renoir delivers here is one consistent with his poetic realist phase, that people find value in community and give meaning to their own life by their actions in relation to others. The fatalism that infused the best of that French genre is absent here though. The bleakness of the prospects that the poor have in The Southerner is not unlike the poor migrant workers of Renoir’s 1935 Toni, even if the setting is different, the universalities of the human condition remain the same. In the same way John Ford used ritual we see the wedding and dance scene as central to community bonding, an event Devers is not present at. Renoir’s solutions are found through common effort and support, just as The Crime of M Lange from the Popular Front era of French film showed the collective triumph here Sam is reliant on help from like-minded neighbours, who lend him tools and even a cow. Sam’s cousin Tim works in the city and he reinforces that many aspects of endeavour contribute to the whole, ‘your plough didn’t grow on no tree’ is his response to Sam’s assertion that the city needs the farmer’s food.

Nunnally Johnson and William Faulkner contributed uncredited work to the script, under-scoring the respect that Renoir commanded in the arts community, and Robert Aldrich was the assistant director. Zachary Scott and Betty Field are wonderful as the loving and committed young couple and give charming and utterly guileless performances in the lead parts. Naish is excellent as the heartless Devers and the other homely types in the support cast are uniformly good, Pa Kettle (Percy Kilbride) a highlight in a ‘straight’ role. Renoir’s work was at least acknowledged with an Academy Award nomination for Best Director. Renoir achieved something subtle and substantial with this film, and given the modest support he enjoyed for this project one wonders what he would have done with a decent budget and top line resources? In some ways he’s paying back the Italian Neo-Realists who took so much from Poetic Realism, remembering that Luchino Visconti was an assistant director for Renoir on Toni, before he made Ossessione in 1943. The Southerner is a reminder of Jean Renoir the humanist, a tender and remarkable film and a worthy addition to the canon of the master. 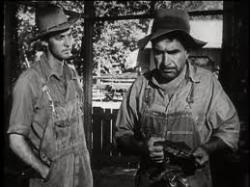 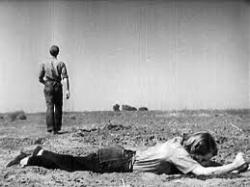 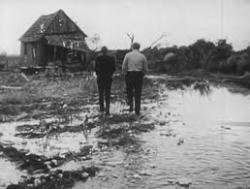 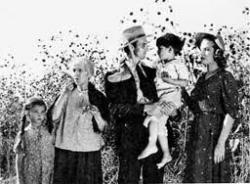