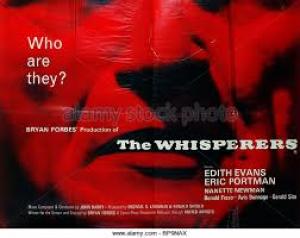 Life in a northern town

After the cast-of-thousands clatter and black fun of The Wrong Box in 1966, Bryan Forbes took to a small project that could not be further removed in tone and spirit, The Whisperers, a bleak slice of Northern life in the year of The Summer of Love. Forbes wrote a screenplay from the source novel by Robert Nicolson, published in 1961, and cast Edith Evans, a Grand Dame of the English theatre in the central role. The film was shot by Gerry Turpin, who also was the cinematographer on Forbes’ Séance on a Wet Afternoon, and the stark, almost documentary tone of the black and white visuals won him a BAFTA for Best Cinematography. Forbes found a small supporting role for his wife Nanette Newman, as was his habit in almost all of his films if she wasn’t playing a leading part. Another well connected face in The  Whisperers was the marvellous character actor Gerald Sim, who was brother-in-law to Forbes’ production partner and great friend, Richard Attenborough, and who would inevitably pop up in most films in which Forbes and Attenborough had a creative hand. The film also benefits from a spare and angular score from one of the great composers, and frequent Forbes collaborator, John Barry.

Mrs Ross (Edith Evans) is a lonely old woman living in a small North England town, she potters around her small flat and hears voices, whispers, coming from the walls and mingling with the sounds of dripping taps and noisy neighbours. She spends her days shuttling between the warmth of the public library, and its parsimonious custodians, and the bureaucratic wheels of the National Assistance office, where she is doled out the meagre sums she needs to survive. She finds a kind reception at the office in the form of Mr Conrad (Gerald Sim), who takes a personal interest in seeing she gets what she needs.  She is visited by her son Charlie, Ronald Fraser, who secretly stashes some money in her flat from his criminal enterprises, which Mrs Ross finds. She intends to use her new-found wealth to pay off her ‘debt’ to Mr Conrad, but the money causes more problems than it solves. Mrs Ross nearly dies after she is robbed and left for dead, but the NHS helps her recover and a government official tracks down her long estranged and itinerant husband Archie (Eric Portman) forcing him to move back in with her and help with her care.

The film owes something to the documentary realist movement known as Free Cinema, more associated with Karel Reisz, Lindsay Anderson and Tony Richardson, than to the more mainstream fare one attaches to Forbes. The director puts the still bomb scarred landscape of a town near Manchester to devastating use in adding to the layer of bleakness the story already possesses. In one sequence Mrs Ross picks her way across the landscape like a timid animal, and Forbes cuts from a cat in the yard to Mrs Ross drinking from a saucer, a sly alignment of the behaviour of two different animals scratching out an existence. “Are you there”? she says to no-one at all, and we feel she is a relic given to cooing at the ghosts who walk her floors, Forbes is hinting that she has lost more than worldly things.

The film is a meditation on loneliness, and a reminder that government bureaucracy is ill-equipped to deal with such a condition. The National Assistance that Mrs Ross receives in order to live is delivered in very human and flawed ways. The officials cover the spectrum, from empathetic and kind, to supercilious and cold, even manipulative in the case of the brilliant Leonard Rossiter negotiating with Archie to move back in with his estranged wife. The community she lives in is fractured and changing, still adapting to the wrenches wrought by the war over 20 years ago, the physical environment visually scarred and the inhabitants emotionally scarred.

The Whisperers is so effective because of the singular central characterisation from Edith Evans. In a role where the phrase, ‘casting against type’ is a gross understatement, Evans conveys every nuance of the poor, bewildered woman’s existence. The fragility of her day to day struggle, and the quiet determination to continue in the face of indifference is heartbreaking, and Evans provides many subtle touches to fully flesh out her performance. Forbes’ camera finds them all with unerring aim and captures the small touches - the casual racism directed at the couple upstairs, (so common at the time) the lower caste ‘bad manners’ of reading at the table and sipping tea from the saucer, evidence that her flashback fantasy of being of aristocratic child is just that. Evans was justly nominated for an Academy Award for the role, but unjustly lost to Katherine Hepburn and her sentimental turn in Guess Who’s Coming To Dinner? She won several other major awards however, including New York Film Critics and a Golden Globe.

The idea of class also permeates the piece, and it’s plain that Mrs Ross and the tenants in her building are an underclass below even the working-class people that she encounters every day, like the NA employees and the library staff. She treks into the library for the simple act of warming her freezing feet on heating pipes, but she is looked down upon for doing so, the police treat her concerns as no more than nuisance value, the free food at the church comes with a catch, bending the knee or singing in praise to the invisible provider in the sky, and needing a new pair of shoes is a situation that requires a home visit and interrogation. The ruling class rules and its institutions extracts a price, and Mrs Ross invents her fantasy that she belongs there too, meanwhile the criminal class (including her son and husband) impact her life in telling ways.

The ugly underbelly of scratching out a living in such a landscape is not ignored. The film is populated with nasty characters, all portrayed superbly by the seemingly endless supply of brilliant British character actors. Avis Bunnage, who would work for Forbes in several productions, is wonderful as the scheming NA beneficiary who befriends Mrs Ross, only to enable her putrid family to rip off the old woman and almost cause her death. Eric Portman is very fine as the nasty husband, and his casual dismissal of his wife as he’s climbing back into bed with her after years apart is truly devastating. There is no sentiment in this piece, and Forbes makes her imaginings and her ‘whisperers’ all the more resonant and explicable as a means of escape.

There are few films that confront ageing and loneliness in the way The Whisperers does, and with an ageing population in Western countries in the 21st century it has become a much more urgent issue than in 1967. Vittorio De Sica’s Umberto D. is a companion piece in the classical era and Michael Haneke’s modern masterpiece Amour both touch upon issues of ageing and alienation without sentiment or artifice, and this film is equally memorable. The film has aged particularly well, and one assumes if it had been made by Ken Loach it would be regarded as a classic, and it is a gentle reminder that not all of England succumbed to the hippy bliss of the Summer of Love, indeed, applying Ringo Starr's pithy rejoinder regarding another northern town, "Flower Power never made it to Leeds," it could easily be adapted to the Manchester of The Whisperers. "All the lonely people" indeed. 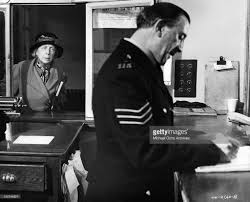 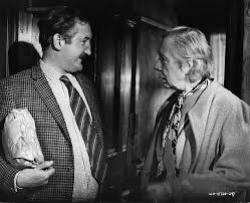 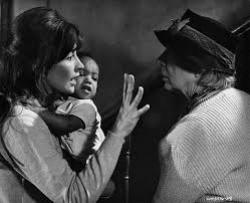 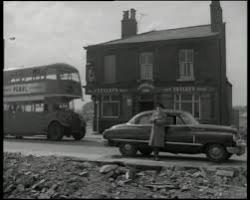 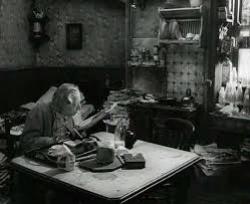 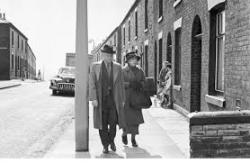