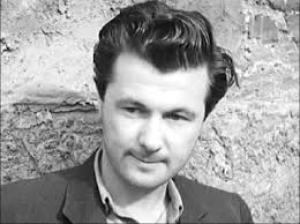 “Everything should be subordinate to the performance, that’s why I’m not highly regarded in the more esoteric cinema magazines.”
~ Bryan Forbes

Bryan Forbes had somewhat fallen between the cracks of critical regard in the aftermath of the much-vaunted British New Wave of the 1960’s. In some ways, he was the Brit equivalent of Louis Malle in France, at once seen as part of a contemporary movement but also separate too. This may have been because he was a middle-class lad who had grafted his way up the ladder as supporting actor, then screenwriter, writer-director and producer over the course of a decade before his good friend Lindsay Anderson and his Free Cinema associates Karel Reisz and Tony Richardson directed their first feature.

Forbes was born with the mundane name John Clark, and had to change it because Actor’s Equity already had a John Clark on their books. He had acted in some 26 films before he directed his first in 1961, one he’d written also, Whistle Down the Wind, from a novel by John Mills’ wife, Mary Hayley Mills and starring their daughter Hayley Mills and Alan Bates. He’d also started a production company, in 1958 with his great friend Richard Attenborough, and their first production was the Guy Green directed The Angry Silence, which Attenborough starred in and Forbes co-wrote, the script of which was nominated for an Academy Award.  Further writing and acting success came in Basil Dearden’s excellent The League of Gentlemen, but after acting in the big budget war film, The Guns of Navarone, written and produced by HUAC Blacklist victim Carl Foreman, Forbes largely gave acting away.

Forbes gave French actress Leslie Caron a very dour role, typical of the kitchen sink realism of the British New wave, in The L-Shaped Room, for which she won a Golden Globe. Beaver Films then scored a hit with possibly Forbes’ best work, the brilliant Séance on a Wet Afternoon, starring Attenborough and American actress Kim Stanley. A bigger Hollywood production was next as American money was lured by Swinging London into joint US-UK productions and Forbes scripted and directed the very fine WWII POW drama, King Rat, with George Segal stealing the film in a role that was first offered to Paul Newman, then to Steve McQueen. He co-wrote, but Seth Holt directed the very fine examination of isolation and stress in Station-Six Sahara, with Caroll Baker and a set of brilliant Brit character actors in Denholm Elliot and Ian Bannen.

Forbes next helmed an all-star British cast in the black comedy, The Wrong Box, which included the biggest British star of the era, Michael Caine, as well as cutting-edge comedians like Peter Sellars, Tony Hancock, Peter Cook and Dudley Moore, veterans like Ralph Richardson and John Mills and Forbes’ wife, Nanette Newman. His next film was a complete change of pace, and may well be his best, it is certainly his most over-looked, the masterful, The Whisperers. It is as bleak a slice-of-life examination of ageing and loneliness that has been committed to celluloid, and features a beautiful central performance by English theatre legend Dame Edith Evans.

Forbes next provided Michael Caine with one of his best 1960’s roles in the offbeat heist film, Deadfall, a film that misfired at the box office at the time but one that developed appreciative followers subsequently. At the last minute he took over a film that John Huston abandoned starring Katherine Hepburn in the odd adaptation of a French play, The Madwoman of Chaillot, another under-appreciated gem. He then gave Nanette Newman two starring roles in the 1970’s, opposite Malcolm McDowell in The Raging Moon, and as one of the eponymous Stepford Wives, with Katherine Ross and Paula Prentiss.

Forbes directed a couple of soft, international flavoured productions in The Slipper and The Rose and International Velvet, before finishing his directing career with two non-distinguished pieces, Better Late Than Never and The Naked Face. His last work of note was when he co-wrote the screenplay for Chaplin, his great friend Richard Attenborough’s biopic on screen legend Charlie Chaplin and starring Robert Downey Jnr. He was upset that William Goldman did the re-write job on that script for Attenborough as Goldman has written the screenplay of The Stepford Wives and blamed its relative commercial failure on Forbes.

In a career that spanned nearly 5 decades he graduated from good-looking young actor to industry titan, even running EMI films for a brief period in the 1970’s. He wrote many fine films and his skill was in finding the fantastic within the real, where put upon people find means of escape from the mundane. He had an innate storyteller’s knack for finding the cleanest line of narrative when needed and an artistry that could investigate non-narrative or poetic dimensions if the piece required it. It is possible that because he was also an actor, that's why he had a well developed sense of handling actors and so many of his actors delivered career best performances in Forbes' films, Bryan Forbes may not be as lauded as his British New Wave peers, but his singular roster of films and sheer work ethic marked him as industry player, an industrious and talented mover and shaker and one whose legacy is assured by dint of depth and quality alone.