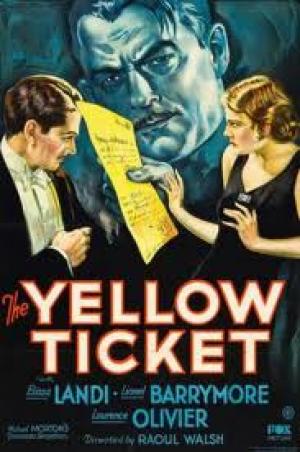 Before the Museum of Modern Art’s 1975 retrospective of his work, Raoul Walsh’s world seemed to many to be almost exclusively masculine. His best-known films were the rugged action vehicles he made at Warner Brothers in the forties with James Cagney (The Roaring Twenties, White Heat), Humphrey Bogart (They Drive By Night, High Sierra), and Errol Flynn (Gentleman Jim, Objective Burma). The MOMA series made clear that Walsh had just as often concerned himself with the lives of women.

Especially pertinent to The Yellow Ticket are a number of films made in the course of the director’s fifty year career that deal with the semi-mythic figure that has fascinated artists throughout history, the “bad girl.” Theda Bara in Carmen (1915), Dolores Del Rio in The Loves of Carmen (1927), Gloria Swanson in Sadie Thompson (1928), Janet Gaynor in The Man Who Came Back (1931), Mae West in Klondike Annie (1936), Marlene Dietrich in Manpower (1941), and Jane Russell in The Revolt of Mamie Stover (1956) all played women who were not by their contemporary standards “nice” and treated sympathetically by Walsh.

The situation is more complex in The Yellow Ticket, since it is clearly established that the heroine played by Elissa Landi is a virgin, even though she carries the notorious passport issued by the Tsarist police to Russian prostitutes. Her reasons for obtaining the ticket (it was the only means by which a Jewish woman could travel within Russia) and how she finally rids herself of its burden betray the script’s theatrical origin, but these are not Walsh’s primary concerns.

Unlike the 1914 play by Michael Morton or, apparently, the three previous versions of The Yellow Ticket, Walsh’s film devotes more than half of its running time and nearly all of its imaginative mise en scene  to the ticket itself and the stigma it represents. By the strength and detail of these scenes (the bordello, the women’s prison, the railway coach, et al.), Walsh gives the ticket a significance that transcends its melodramatic plot function. The heroine’s possession of the yellow ticket is taken by men of all classes (excepting the hero who is, after all, English) as a passport to her body, an official notice to all that she is “no better than she ought to be.” Raoul Walsh’s The Yellow Ticket is not so much about Tsarist oppression of Jews as it is about masculine oppression of women. 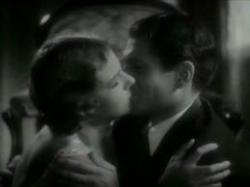 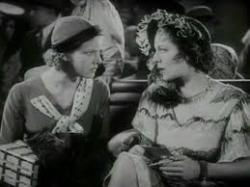 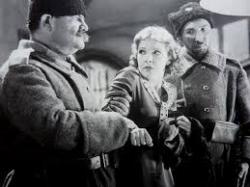