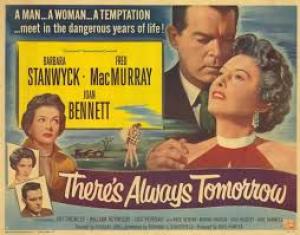 American Dream falls off a cliff

"But I always wanted my characters to be more than cyphers for the failings of their world. And I never had to look too hard to find a part of myself in them." ~ Douglas Sirk

In the latter period of Douglas Sirk’s career and in the middle of a run of fever-dream masterworks for which he is mostly revered, he produced an understated paean to capitalism’s cannon-fodder, the corporate soldier and a deathless critique of the idealised American family. Sirk and producer Ross Hunter were coming off one of their biggest hits in All That Heaven Allows, a lush and colourful dissection of the hypocrisy and emptiness at the heart of small town America, and strangely couldn’t get Universal to stump up for enough money to shoot their next collaboration, There’s Always Tomorrow, in colour. They re-teamed Fred MacMurray and Barbara Stanwyck for their third co-starring feature, after the Preston Sturges scripted Remember The Night (1940) and Billy Wilder’s immortal Film Noir, Double Indemnity (1944) and again employed Russell Metty to shoot the piece in sonorous black and white.

Cliff Groves (Fred MacMurray) is a decent, hard-working Los Angeles family man who fails to convince his wife Marion (Joan Bennett) to go to the theatre for a birthday outing. Slightly peeved that his romantic gesture has failed to pull Marion away from focusing on the children, he settles in for a quiet night when the doorbell rings and a woman from his past walks back in to his life. Norma Vail (Barbara Stanwyck) is an ex-employee of Cliff’s who had moved to New York to pursue her career, so she takes Marion’s place on the night out. The relationship continues and soon Cliff has to confront the idea that in gaining something with his family life he’s also lost something of himself.

The film opens with a piece of misdirection, a title card that reads ‘Once upon a time in sunny California,’ but this is no storybook romance and Sirk immediately hints at his penchant for irony by cutting to a rainy street scene. Sirk establishes the idea that Cliff has an ideal family and a home, as Norma says, “the kind you always wanted,” and then sets about dismantling the notion by exposing the ugly underneath. Cliff is a toy manufacturer and he comes to realise he’s no better off than his firm’s automated toy robot Rex, a corporate automaton stuck in a rut and going through the same motions again and again. Sirk indicates the difficulty of true family connection for Cliff in a dazzling sequence of constant interruption and frustration as Cliff attempts to make his romantic birthday gesture.

Norma opens a window for Cliff that’s been closed for years, and she’s doing it for her own reasons, some of which she suppresses in her own mind. She obviously held a torch for Cliff after leaving for New York, a torch he was blissfully unaware of, and in becoming a corporate success herself she’s forsaken finding love with a decent man like Cliff. She is half aware that her motives in searching him out are not altogether pure, and she attempts to put up obstacles to their reunion ramping up into a full-blown affair, hoping that he’s content and settled and not available - “You are happy, aren’t you?” Norma’s climactic scene with Cliff’s children unearths a welter of grievances and agendas on both sides, and Cliff seems more like an object than a person to his self-obsessed children.

Unusually for a ‘woman’s picture’, the demeaning category that Sirk’s 1950’s output was critically consigned to, There’s Always Tomorrow puts the average Joe at the centre of the melodrama, whilst using the Noir device of the introduction of the femme fatale to propel the action. Sirk employs a couple of pet tropes in examining the issues, especially the idea that all the protagonists are in cages of their own (or societies) making, having Cliff give voice to the concept in saying to Norma, “I’m trapped in a tomb of my own making.” In All That Heaven Allows it is the widow who is entombed by her family and community, so here Sirk evens the score. Fond of a high-brow literary allusion, Sirk places a copy of Dreiser’s An American Tragedy in plain sight, suggesting tacitly that what we are witnessing, in all its commonplace banality and mundanity, is the true American tragedy.

The re-teaming of MacMurray and Stanwyck had obvious overtones on the screen but both actors provide note perfect distillations of their characters, so different to their other pairings, that it barely matters. MacMurray is very fine as the conflicted husband but it is Stanwyck’s film as anchors it with her beautifully nuanced performance, part femme fatale, part temptress, part sad spinster and fully convincing. Joan Bennett’s distracted wife is also deeper than any cypher usually offered in ‘50s melodrama and Bennett, usually the bad girl in these scenario’s makes a good fist of investing Marion with some empathy and dimension.

Douglas Sirk returned to his more heightened melodramatic tropes with 3 of his last 6 films, Written On The Wind, The Tarnished Angels and Imitation of Life, films that would (eventually) form the backbone of his critical reputation. There’s Always Tomorrow is the tonally out-of-place masterwork that seems to have been neglected in the rush to laud Sirk’s irony and mastery in his lush and colourful melodramas, but there’s room for both. There’s Always Tomorrow is a coruscating criticism of the cost of pursuing the American Dream on the corporate, frontline foot soldiers of capitalism. Sirk eschews artifice in favour of a melancholy realism, tacitly asking “is this what you wanted?” in the doing. It’s a fair question, and one Sirk asked continually in sly and ironic ways in a series of subversive cinematic gems. 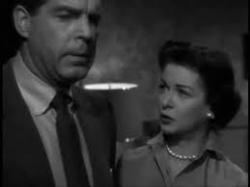 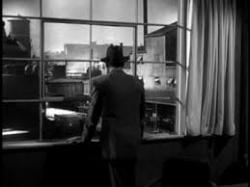