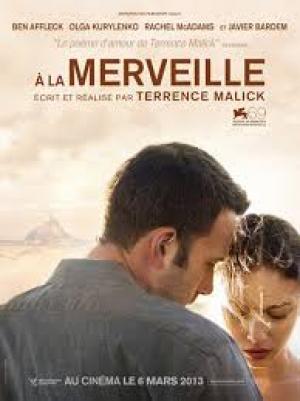 Terrence Malick delivered his 6th feature film merely one year after his 5th, unheard of brevity in the Malick continuum, a director who travels to the tick of a different clock. What this situation speaks to is not so much a new found speed of working, but that To The Wonder  is inextricably part of the intensely autobiographical  Tree of Life,  virtually a Tree of Life: Next Generation,  and so Malick merely changed the actors, locations and kept the cameras running and filming a visual tone poem of his own life. Malick eschews conventional narrative, virtually dispensing with interactive dialogue in favour of his standard voiceover, an inner voice that’s a constant in his cinema of introspection. To The Wonder,  in this degree, approximates the avant garde instead of mainstream cinema, and is bound to deflate any conventional expectations with its push into areas of pure cinema.

Marina (Olga Kurylenko) meets Neil (Ben Affleck) in Paris and they fall in love, visiting the spectacular Abbey at Mont St Michel as they bask in the glow of the first phase of their relationship. Neil invites Marina and Tatiana, her 10 year old daughter, to live with him in Oklahoma, and they all move into a suburban house together and attempt to become a family. Neil and Marina’s romance cools and both struggle with the new reality, Marina seeking advice from Father Quintana (Jarvier Bardem) a Catholic priest who is going through his own crisis of faith. Marina and Tatiana return to Paris and Tatiana goes to live with her father, while Neil strikes up a relationship with Jane (Rachel McAdam), a girl he’d known years before. Marina returns to Oklahoma and the couple tries again, but soon the same problems surface and this time Neil seeks advice from the priest.

Malick affirms the power of love from the opening frames, “New born, I melt into the eternal light, I fall into the flame”,  we hear in voiceover from Marina, as the loving couple romp and preen around the city of light, or walk the coast off the stunning Mont St Michel. The film functions as a silent for the first 12 minutes, no interactive dialogue or conventional exchanges interrupts the montage of new love taking hold, crowned by the journey to the Cloister at Mont St Michel, where Marina symbolically states, “We climbed the steps to the wonder”.  The sequence visually and stunningly expresses the idea that love is a destination, a secret, holy and special place to seek. Malick finds an almost mystical joy in nature, exemplified by the beautiful sequence on the sand flats near the Abbey as the tide comes in around the lovers.

Malick applies his signature cinematic tropes, a moving camera in close or medium shot for the characters, still camera shots for nature, sunlight in any form (preferably during ‘magic hour’), and understated voiceover that questions more than states. This methodology reached it’s apotheosis in Tree of Life,  and the continuance here makes sense. Like European filmmaker Michael Haneke, who favours a fragmented though vastly different approach, Malick relies on an incremental build for his work to gain power by accretion. The slow build also allows Malick to explore his fascination with nature and the relationship we have with it, a key part of almost all of Malick’s films. In Christianity we are told man is distinctly separate from nature, as a special player in God’s scheme, and yet experience and observation contradicts this at every point, it’s this ubiquitous and tacit tension that informs Malick’s cinema.

If Tree of Life  represented Malick’s definitive philosophical statement (and I think it does) then To The Wonder  should be seen as a coda in its reflected light, as Malick pursues his singular artistic vision rather than ploughing fresh fields. Malick extrapolates on themes he has been examining since his days as a philosophy major at Harvard in the ‘60’s, and overtly adds religion to the mix in To The Wonder  as he essays parallels between human and divine love, essentially concluding love is faith, and vice versa. Malick continues to explore his cinema of the inner voice, applying his insight to the vexing philosophical question, “What is the nature of love”?  He directly addresses the Christian existentialism that had mostly been hinted at in his previous works, counter-pointing the love of Neil and Marina with the Priest’s love of God.

Quintana laments, “Everywhere you are present, and I still can’t see you”,  as in true Bergman-esque fashion he rails against God’s silence. “We were made to see you”  he says, pondering the paradox of the believer’s position, “Intensely I seek you… my soul thirsts  for you”, he cries internally to the silent heavens. Ultimately he finds use in ministering to the poor and dispossessed, trying to find a connection to his beloved and mythical saviour through utility. Where previously a modicum of ambiguity existing in Malick’s work allowed a largely existential reading of his films, this can no longer be said with To The Wonder.  It’s something of a cliché that the older one becomes the more one regresses to the comforts of youth, and here we see Malick expand on his ‘meaning of life’ statement in Tree of Life  to a fuller embrace of his Christian heritage, particularly the works of Saint Augustine.

Christian existentialism itself is a contradiction in terms, an attempt to deny some of the more ridiculous areas of Christian faith by sophisticated believers who struggle with the implications of reason and logic when applied to their supernatural based belief system. A Christian is bound by dogma to accept that Jesus Christ was the actual son of a creator God, made flesh on earth so as to die for our ‘sins’. End of story. The rest is pure cant, and even though Malick dresses his argument in the clothes of the existentialist, his Christian overlay makes the pill a difficult one to swallow. Malick ends up with the ‘God is love’ crowd, when viewed through this prism the work is a prime example of lack of ambiguity being the artist’s enemy. I would posit there’s as much evidence to prove ‘God is hate’ as much as the opposite, so the concept is rendered meaningless to all intents and purposes.

What I find offensive with the ‘God is love’ argument is that it takes man’s highest achievement and gives the credit to an invisible and silent ‘creator’. Darwin may have noted that nature was “red in tooth and claw” but he also observed far more frequently that a greater contributor to the survival of any species was its capacity for co-operation. Humans evolved sympathy and empathy through the ‘mirror gene’, the ability to ‘feel’ another’s pain, a gene we share with other primates and mammals, and in its highest state it has flowered into states of unconditional love. It’s frankly insulting to piss away the millions of years of evolution needed to refine that impulse and to pass the credit to a bronze-age, punish or reward sky god, based on the musings of a collective of desert dwelling sheep herders. There is indeed a battle to find meaning in the transcendent and the poetic in the everyday, and if it’s available to humans it’s through love above all, and that search for meaning is not the sole preserve of the religious.

If Malick had previously essayed theodicy with Tree of Life,  and still refused to overtly push his Christian message, one wonders what happened in the interim for him to weave an obviously Augustinian thread into this film? To be clear, Augustine  was a ‘theologian’ who came up with the putrid doctrine of ‘original sin’, the idea that a new born child is stained with the fall of Adam, that a child fresh out of the womb is somehow ‘unclean’ and unworthy of God’s love as a result. Malick is concerned with the concomitant ‘grace’ dogma of Augustine, especially in relation to the priest, the idea that the ‘grace of Christ is indispensable to human freedom’, and Quintana’s agony is his wish to find Christ’s grace. Malick leaves tacit the implications of the immanent as against the transcendent, but it’s best remembered that the love of a woman was made to be something vile and base under Church teaching, as it pulled men away from ‘higher’ strivings. The priest opts to give Marina the sacrament of communion, something she is supposed to be denied as a married woman ‘living in sin’. Ultimately Malick proffers that Christ is all around the priest, an allusion to a pantheistic God, one that can line up with a view of Christian existentialism, but equally as meaningless as ‘God is love’.

The film is nonetheless beguiling, if not to all tastes, a tribute to Malick’s skill as a visual artist rather than his credibility as a ‘theologian’. The metaphor involving Neil testing the polluted soils of Everytown USA as he struggles with his personal situation is thankfully not overused, but it’s clear Malick thinks modern life is poisoning nature’s ground, the ground that connects humans to mother earth. Ultimately the film is about connection, and Malick is on much surer ground when viewed through that paradigm, constructing a four seasons like cycle, i.e. the hot phase of love in summer, the frozen state in winter, the hope of love in spring and the sadness and melancholy in autumn. There is hope via human connection Terrence, no God required.

To the Wonder  is a sermon delivered with a stunning score by Hanan Townsend and breathtaking cinematography by Emmanuel Lubezki, Malick’s collaborator on The New World  and Tree of Life.  The acting is fine, though muted, and resembles Bresson’s idea of actors as ‘models’ rather than emoting characters. It’s possible Malick peaked with Tree of Life,  it’ll be fascinating to see what he can conjure in the late part of his career, but a descent into overt Christianity will lose him some fans for sure (me included). At this point of his career, when he’s making significant artistic manifesto’s that affirm a life of philosophical probing and searching, he stands in an awkward position, effectively making expensive art house, avant garde films with big name Hollywood stars, in this case a Bond girl and Ben Affleck. He’s too much of a talent to write off, so stay tuned for his next visual song to nature, and maybe say a quick prayer it’s not a hymn. 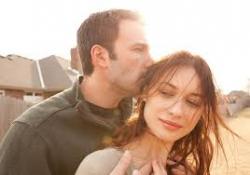 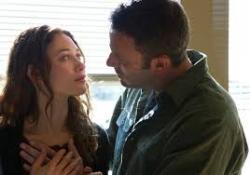 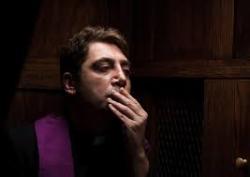 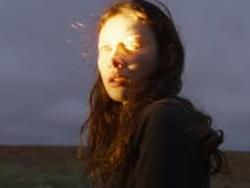 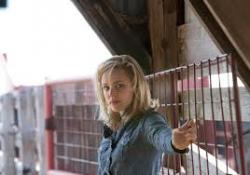 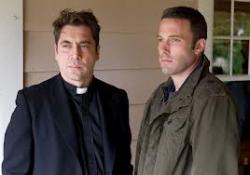 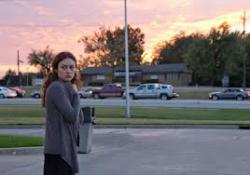