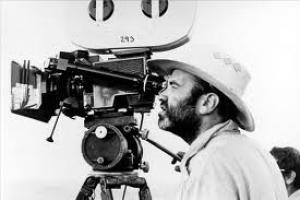 Philosophy major Terrence Malick imbues his film work with a deep searching eye, alert to the possibility of exploring the space between feeling and knowledge, and in doing so has carved himself a singular reputation in American cinema, his oeuvre more in tune with some of the European masters like Antonioni and Tarkovsky. Malick began his film career in 1973 with Badlands,  a 'lover's on the run' tale so common in American cinema of the time and based on actual events in the 1950's surrounding a charming serial killer.  Malick reinvigorated the form by coming at the property from an elliptical rather than conventional attitude. He pushed narrative further from his purview with his second feature, the beautiful and visually intense Days of Heaven,  where the meditations on nature and space were a delicate counterpoint to the emotions of the chief protagonists. Malick then disappeared off the cinematic map for 20 years.

Malick returned with an adaptation of the James Jones war story, The Thin Red Line,  and again effortlessly occupied the front ranks of working directors, feted and championed by an industry he seems to have assiduously ignored. After an abortive effort to helm a film on Che Guevera, which eventually went to Stephen Soderberg, he returned with the epic The New World  in 2005, an examination of western man on the frontier of his reach and mettle, tested against nature and contrasted to a thriving native culture that he is to eventually overwhelm. An attempt to eschew narrative all together saw Tree of Life  in 2011 represent a poetic summation of all his cinematic Mise-en-scène,  where narrative is superfluous and the film plays out as an extended series of almost musical and hypnotic meditations on man's place in nature. Malick has moved progressively away from story driven films ever since his first 'conventional' feature, and Tree of Life  is the extrapolated destination from that point of departure, and one from which Malick shows no sign of return.

To The Wonder  continued Malick's self referential phase, essaying aspects of his early life in Paris, and it also finally outed Malick as a Christian.  It also continued in the same stylistic 'visual tone poem' vein as Tree of Life and so broke no new ground in that regard. It’s possible Malick peaked with Tree of Life,  it’ll be fascinating to see what he can conjure in the late part of his career, but a descent into overt Christianity will lose him some fans for sure (me included). At this point of his career, when he’s making significant artistic manifesto’s that affirm a life of philosophical probing and searching, he stands in an awkward position, effectively making expensive art house, avant garde films with big name Hollywood stars. Malick seems to have emulated Stanley Kubrick somewhat in his distaste for playing the Hollywood game, but he makes Kubrick look positively gregarious by comparison. His work is not for everyone it seems, but when he gets it right, and he often does in his meandering and thoughtful films, it's peerless stuff.