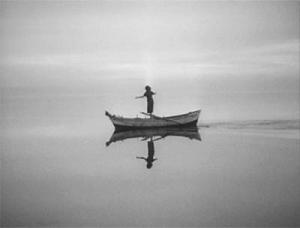 Jean Renoir’s Toni might split opinion as to whether it belongs in the ‘poetic-realist’ canon, but given categorising movies into semi obscure sub genres is not an exact science I think I would squeeze it in, albeit that it exists more at the realist than the poetic end of the spectrum.  France in 1935 was a bastion of democracy in a right leaning Europe, with Germany and Italy already in the thrall of fascists, Spain about to descend into civil war and given the fluid migratory work habits of the various populations this was Renoir’s way of reminding Europe of the binding similarities of the human lot rather than focusing on the things that divide us. France struggled to cope with an influx of over a million foreign workers during the depression, and the regional areas in the south were hardest hit, it’s here that Renoir has the action play out, a scenario based on actual events.

Toni (Charles Blavette) is an Italian who arrives in the French town of Margurites with a group of itinerant migrant workers on the train and finds lodgings at a local boarding house. The arrival of the new group of workers, from Spain as well as Italy, creates discontent amongst those already there, who complain that they are ‘taking their jobs’ etc, of course, the irony being the ones complaining are recent immigrants. Renoir says ‘Nature knows full well how to mix races’, and the key theme of a lot his work is national groupings are an artificial and arbitrary delineation at best, and one nature pays no attention to. ‘My home country is anywhere I can earn enough to eat’, one of the workers states. Toni hooks up with the French landlady Marie (Jenny Helia), who is desperately in love with him, but after a time she senses in his remoteness there’s somebody else who’s captured his heart. That someone is a Spanish woman, Josefa (Celia Montalvan), who’s sex appeal and ability to manipulate men is her hoped for ticket to a better life. The narrative concerns the various dilemma’s thrown up by this eternal love triangle.

Renoir humanises the workers from the outset, he makes clear what they are giving up  in coming to a foreign company in the mournful and yearning ballads they sing about lost love and family. These are no predatory vultures trying to deprive fellow workers of any rights, just fellow humans trying to earn a living wage. Renoir introduces the rapacious ‘boss’ character in the brutal Albert (Max Dalban), a Belgian émigré who marries Josefa, usurps her Uncle’s farm and cheats her cousin Gabi out of his share of the profits. Renoir underscores Albert’s attachment to money by having him sleep with it! Toni is a man caught as much between two world’s as two women, and the terrain of the heart is as difficult to navigate as a foreign country it seems. ‘Love even makes the dumb speak’ is Renoir’s way of framing Toni’s earnest attempt to woo Josefa. Renoir allows no easy clichés, as every character is flawed and dimensional. Toni is a romantic dreamer, rejecting the secure and comfortable love of a perfectly good woman in Marie, for the duplicitous allure of Josefa, who uses everyone around her for her own ends. Just when you think you have a handle on how these interactions will play out Renoir pulls another surprise, although given Josefa’s behaviour it should not be.

Renoir again reminds us that the heart will have what it will have, as Toni’s decision to cast Marie aside has wide ranging ripples, and his obsessive desire for Josefa blinds him to reason. ‘A hunter lying in wait is busy, even if he looks idle’, is Toni’s explanation for his action. Renoir pre-figures the explosive consequences quite literally in a scene at the quarry where Toni and Albert work, but fate has dictated that events will play out to their inevitable conclusion, a fatalism that Toni seems unconsciously aware of as he gives everything for Josefa. Renoir gently puts his fate into perspective by ending the film by showing a new train of workers arrive with the same hopes and dreams Toni had some 3 years earlier. The human story rolls on.

Toni may mark the first seamless alignment of Renoir’s artistry with his politics, and given the tenor of the times that is no surprise. Renoir’s embrace of the leftist cause would lead to his support of the ‘Front Populaire’,  France’s attempt to stem the progress of right wing fascist forces that had taken root in much of Europe, and it led to the election of France’s first socialist premier. In his art Renoir moved away from his examinations of the bourgeoisie in favour of the proletariat, a group he plainly identified with via his liberalist/humanist sympathies. Renoir decided to show this group in all it’s glory, warts and all, and this led him to techniques that were later embraced by the Italian Neo-realists, such as using non-professional actors, using only source sound and available light in location settings, thereby giving the film a documentary flavour. Renoir was rejecting the inherent theatricality of the cinema of the time, and adding to it’s capacity to embrace ‘real’ stories by framing them in the environment in which they occur.  Toni can easily be seen as a major stepping stone towards the Italian cinema of the ’40’s which had such an impact on global cinema, and the fact that Luchino Visconti served as an assistant on ‘Toni’, where he learnt his craft at the feet of the master is further evidence. Renoir even suggested the novel The Postman Always Rings Twice as his debut source material to Visconti, who then filmed it (without clearing copyright) as Ossessione in 1942, the first authentic neo-realist masterpiece.

Toni found enormous favour with the critics but none with the public and it flopped badly, it’s reality too harsh to take when put upon contemporary audiences were looking for more escapist fare in their entertainments. It was another 20 years before it began to be appreciated for the work of beauty and imagination that it is. Jean Renoir would often be marching to a different step to his public, but time has allowed us all to catch up to his giant stride, and the breadth of his cinematic achievements marks him as surely the greatest director of them all. 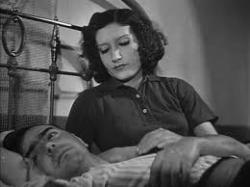 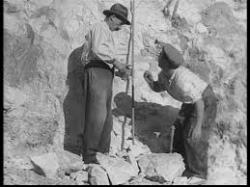 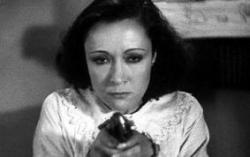 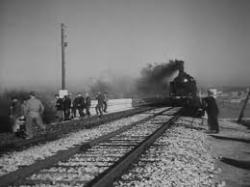 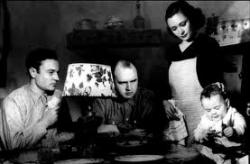