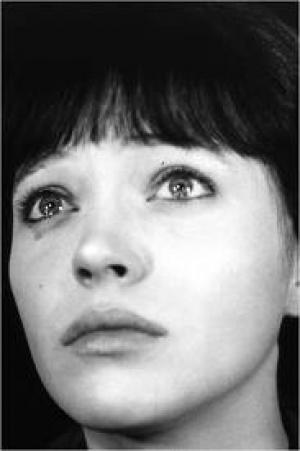 Window to a soul

“If you want to make a documentary you should automatically go to the fiction, and if you want to nourish your fiction you have to come back to reality.”
- Jean-Luc Godard

Jean-Luc Godard's love letter to Anna Karina's beautiful and expressive eyes, is a tender examination of the plight of a pretty, young and vulnerable woman on the boulevard's of Paris in the early '60's. Karina herself was in a similar situation when she arrived in Paris from Denmark in the late '50's and found her way into modeling, she said herself of her own naiveté that, "I couldn't tell cruelty from kindness".  This could serve as a springboard for the character of Nana, the young girl she plays, as she descends into a world of uncertainty and bleakness, even though ultimately she says "I am responsible for my actions".  Godard outlines the political and social conditions that stem from the 1946 National Sanitary Register law, that detailed how prostitutes were to work and comply with health and tax regulations. Godard sees the trade as a pact between society and the women, where both parties have responsibilities, and makes it plain that social contracts don't happen in a vacuum, especially not when sex is just another commodity..

Godard commences with  three angles of Nana (Anna Karina), her still poses like mug shots, they evoke a melancholy, a sombre triage of images, and possibly a girl in trouble. Nana  then talks to her husband Paul in a diner, "loving you is exhausting"  he says, in a sequence  Godard shoots entirely from behind the couple, with only glimpses of Nana's face in the mirrors opposite. It's a distancing effect, it heightens the alienation she's feeling, a recurrent theme in the film. Godard further pushes the idea of distancing the action from the viewer by inserting title cards indicating different sections, there are twelve in all.  Anna determines on a future that entails leaving her marriage and young child and trying her luck as an actress, an ironic and knowing comment in itself. She works at a small record store, not making enough money to live on, and is soon evicted from her apartment. She falls into prostitution as a way to earn a living "Men are men and life is life",  and soon hooks up with a pimp named Raoul (Sady Rebbot) who controls her working life. Raoul is involved in some shady dealings with some seedy criminal types, and eventually he wants to sell her contract to a rival pimp.

The sequence of events that lead Nana to make these choices unfolds in a non sensationalist way, echoing the matter-of-fact approach that keeps the film closer to a cinéma-vérité  tone than not. Godard proceeds in a non judgmental way, allowing Nana's dilemma to elicit a sympathy from the audience not usually available to a woman in her position in that era. Hollywood melodrama would be the default setting for this tale in American hands, but Godard investigates with a documentary eye at times, before playing with our expectations and subverting the form, because that what he does. After a series of customers, mostly unremarkable and 'normal' men, Nana sits down with a philosophy professor, in actuality Godard's former teacher, and discusses the meaning of words. "I'd like to live without words" she tells him, evoking her viewing of the Carl Theodor Dreyer's 1928 silent film on Joan of Arc, and Godard frames her in the same way Dreyer framed his Joan. In Dreyer's film the young woman who is a 'child of God' becomes a martyr, and thereby has her 'great victory' in death. Does Nana see herself in such grandiose terms, is this part of a fantasy escape world she's made for herself? "Escape's a pipe dream", she told a fellow street walker earlier. The connection with the old teacher is a more satisfying one than any she's shared with the other men. "The more talk, the less words mean",  she says, at once struggling with, but recognising her own existentialist crisis.

Nana does manufacture her own 'dream' world, she dances around to romantic jukebox songs and at one point fantasy and 'reality' collide as a famous French pop star of the day, Jean Ferrat, walks in and puts his own song on the jukebox and sits down to listen to it. Nana's life is dominated by emotion, not logic, "You attach too much importance to logic"  she tells a friend at the record store, as she sees her life in the "soul of a bird"  rather than a functionary in a dead end job. The philosopher recommends the 'aesthetic' rule, "See life with detachment",  but Nana's emotion leads her to posit "Shouldn't love be the only truth"? "Searching is the truth of life", replies the old teacher. Nana finds tenderness and kindness from one of her younger customers, with whom she falls in love, their conversation shown in subtitles, another suggestion about the gap between words and image. Nana plans to tell Raoul it's over, even strolling past a cinema showing Jules et Jim,  an 'in-joke' par excellence but also a nod to a romantic, if tragic, idyll.

Vivre Sa Vie  is packed full of beautiful moments, fragments of a life lived by a young woman and tragically discarded like a piece of garbage. Godard's Paris is an ode to consumerism, as Europe strove to attain an American level of possession and affluence, we see a culture attuned to instant gratification and the pursuit of pleasure. Pop songs collide with Poe, Liz Taylor on a wall, Dreyer on a screen, a prostitute debates a philosopher as Godard brews a post-modernist cocktail of potency and bite, and what better way to indicate the nexus between commerciality and pleasure than a sex worker? Produced in the middle of Godard's most accessible period, the film stands as a work of art from a great observer, not just a great director, Godard having written the piece as well. The keenly felt situations of Vivre Sa Vie  has a feel of authenticity not possible from a dilettante or self promoting 'destroyer' of cinema, and if people feel Godard's cinema is one of intellect and not heart, then they need only watch Une Femme Mariée  from the same era to be disavowed of that notion. Godard would reveal just how conventional he could be with his major production Le Mepris  in the next year, but he continued to challenge and frustrate, to probe, shock and disappoint as he forged his singular vision of what cinema could be in the second half of the twentieth century. 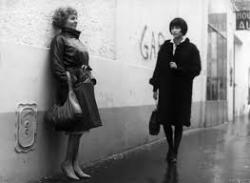 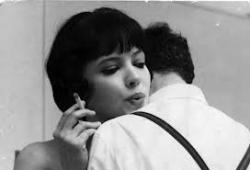 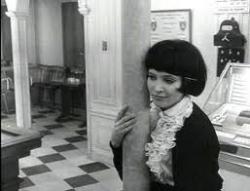 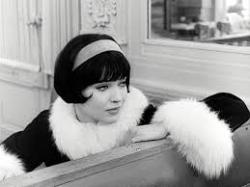 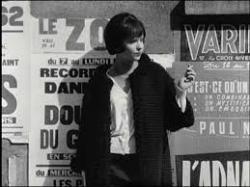 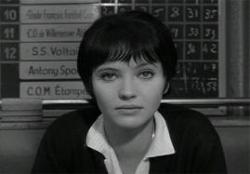