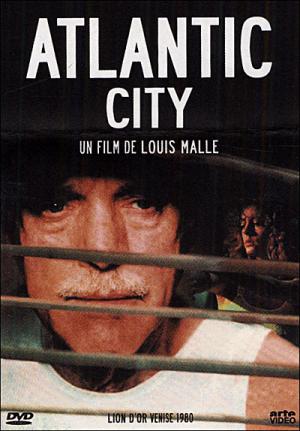 "Everything dies baby, that's a fact"...

Louis Malle's evocative and elegiac film about change and chance and coming to terms with the past. The production makes crucial use of the ageing and decrepit New Jersey locations and the faded charm of the boardwalk in Atlantic City in 1979 and contrasts that against the life of two of it's inhabitant's, ageing small time thief Lou (Burt Lancaster) and Sally (Susan Sarandon), a girl who works at the fish bar of a local casino and who's training to become a croupier. Sarandon suggested the piece by her friend John Guare, a playwright who wrote 'Six Degrees of Separation', and Malle obtained finance in Canada.

In a pre-title sequence Malle shows us Sally slicing lemon's at her kitchen sink in a run down tenement, she rubs the juice over her body as the camera pulls back to an apartment opposite hers where she's being secretly watched by Lou. In a moment of almost post coital contentment Lou lights a cigarette. In another city a drug drop is interrupted by a pair of young hippies, who scram with the cocaine and head to Atlantic City. The titles run, capped by the demolition of a stately old grand hotel on the boardwalk. The hippie pair is Dave, Sally's husband, and Chrissie, her very pregnant sister. They ran off together and Sally does not want them back. Dave convinces her to put them up for the night as he'll have money soon and he sets off to find a local connection where he can unload the cocaine. Lou is looking after an old colleagues widow, the bed-ridden Grace (Kate Reid) and still running penny-ante numbers for the local mob. The word is out about a stolen parcel of coke, and the local dealer's wont' do business with Dave. Dave meets Lou and sees an opportunity to have Lou front for the drop to someone he has heard will deal with him.

Dave shows Lou how he cuts up the coke, using his apartment to stash the goods. While Lou is doing the drop the out of town dealer's who Dave ripped off arrive and Lou finds Dave killed when he returns from the drop with $4,000. Lou meets Sally after the police inform her of the death and he helps her cope with the funeral arrangements. Lou charms Sally with his old-world mobster routine, he's seemingly loaded with money and paying for everything, "Sinatra gives wings to hospitals, we all do what we can", and the two strike up a friendship. Lou explains he 'protects Grace as a favour to an old friend. Sally again does the lemon wash, and this time a reinvigorated Lou goes to Grace to make love to her. Lou continues to cut the coke supply an on-sell it on his own. The drug dealers track down Sally as Dave's wife and pressure her to give up the drugs she knows nothing about, they beat her and Lou is powerless to protect her. Sally finds out from her sister abut the drugs and goes after Lou for the money, but Lou has packed and gone. She finds him at a bus depot and the two of them are then confronted by the drug dealers again, this time Lou has a gun and shoots them both. Lou and Sally run off and hole up in a hotel, but the police have no leads on the killing. Sally goes off on her own and Lou goes back to Grace.

Malle uses the promise of re-building, 'Atlantic City is back'!, as a metaphor for the re-invention of a life. Sally is a younger woman at the crossroads of choice, she has already left a small town Canadian existence for the false promise of Atlantic City, and now sets her sights on France and the casino's on the Riviera. She is working to make her dream come true, whereas Lou is moribund and locked into a past that is exaggerated in his own mind, "you should have seen the Atlantic ocean then" he wistfully recalls to Dave. Lou's own deluded self-importance is fed by Dave who tells him he heard of him in Vegas, 'the man to know' in Atlantic City, and Lou tells Dave how he used to "kill people, and then have to go for a swim in the ocean" to make him clean again. It's only when he bonds with Sally that he admits he's never killed anyone, and that he watches her at night from his window. Sally had always suspected someone was there, but in her empty life the pathetic and imagined connection was at least something to escape into. The sleazy French croupier trainer (Michel Piccoli) has fired Sally's ambition, and ultimately she takes control of an opportunity to make a change, whereas Lou tries to create the future he always imagined for himself, where he was as big-shot mob guy, respected and prosperous with a showgirl on his arm.

Lancaster was a brilliant choice for the ageing crook, and his performance is wonderful, bringing depth and nuance to the pathetic Lou. All of the resonance we feel for the body of work Lancaster made in the film noir's of the 40's is used as collateral in this washed out neo-noir of the '80's, it's almost a resolution to the Swedes life in The Killers had he lived. Sarandon is also superb in the difficult role of Sally, walking a fine line in being repulsed by Lou and attracted to him. The atmosphere and ambiance of the film is first rate, and Malle's command of the small moments, the telling character insights he can focus on to bring out the humanity in the people, makes this film a lasting and memorable work from one of the true French masters. 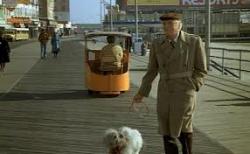 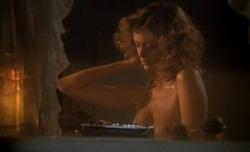