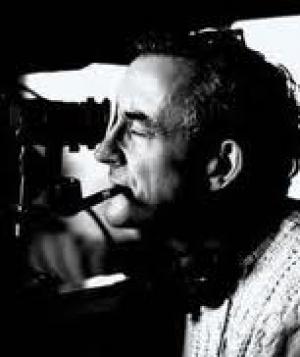 From this distance Malle looks to be a central part of the Nouvelle Vague, but he was never grouped with the movement and grew to disassociate himself from the French film industry eventually, growing disillusioned with it in the late '70's and effectively relocating to America. Malle got his first experience as a director in documentaries, working with Jacques Cousteau and winning an Academy Award with The Silent World in 1956. He assisted the immortal Robert Bresson on his masterpiece A Man Escaped to give him a taste for the narrative of feature film. Proving it possible for a young director to succeed, at the very least Malle kicked open the door for Truffaut and Godard et al to stroll through with his remarkable pair of 1958 features Elevator to the Gallows and Les Amants, both starring new wave icon Jeanne Moreau. Despite the sheer quality of his first features Malle never lost his love of documentary, he returned to it time and again, notably in his work on India, which proved controversial with the then Indian government.

The keen observation of a documentarian allowed him to find great truths and reality in his storytelling, his filmic technique was never flashy or showy, he favoured a writer's straightforward realisation of showing his images to match and support the narrative. Malle's ability to uncover a humanist and intimate layer to any of his stories sets him firmly in the Renoir school of filmmakers, and a worthy inheritor of that tradition. Able to traverse the odd lighter subject matter he was possibly more at home with the thoughtful, if not bleak terrains of the superb Le Fou Follet which examines suicide, and his masterful Au Revoir Les Enfants which deals with an incident from his own childhood of the Nazi occupation of France. Always thoughtful and interesting Malle enjoyed a varied and fascinating cinematic journey across many parts of the globe, thankfully with camera not far behind, a great filmmaker, and in many ways equally as deserving as his contemporary François Truffaut of the title 'father of the new wave'.