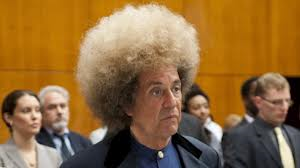 To know him is not to love him

David Mamet’s fictionalised account of the first, aborted murder trial of Phil Spector in 2009 is a clinical expose of the legal minefield of celebrity prosecution in the USA in a post O. J. Simpson world. HBO commissioned the film, and Mamet used the defense lawyer Linda Kenney Baden as the consultant, despite the legal disclaimer that starts the piece, claiming it has no basis in fact. Clearly the film is working in a wider ambit than just the Spector case, but given the information Mamet presents there has to be significant doubt as to the eccentric producer’s guilt.

Baden (Helen Mirren) is hired by gun New York lawyer (Jeffrey Tambor) to join Spector’s defense team, and she immediately sets about finding out all she can about the music legend. She meets the producer in his ‘castle’, the scene of the crime, and begins her investigation as she tries to extract his side of the story, looking for an avenue that might make arguing his innocence possible. Spector is cagey and defensive, a veteran at guarding his secrets, but Baden and he strike a rapport that eventually sees him open up and tell her the full story.

Mamet uses the scenario to unleash some of his trademark riffs on human nature, particularly on fame and notoriety and it’s related skewering of perspective in the public mind. The piece could easily be a theatrical two-hander with Pacino and Mirren, sparking and probing at and off each other courtesy of a razor sharp script. Mamet ponders the nature of perception, Spector being an unlike-able man with a reputation for violence and a fondness for guns, and the female victim the classic Hollywood wanna-be actress, a vulnerable ingénue working her way up the slippery celebrity ladder. He also factors in the O.J and M.J factors, i.e. the public perception that those celebrities avoided prosecution in their ‘show’ trials mostly because they were celebrities, and that this time the celebrity criminal will not escape ‘justice’.

The Spector that Mamet presents is a wily veteran, a man who knows the pitfalls of fame and the nature of those that covet what he has. Staking out his place in music history he tells Linda that he is the man who put black music in the homes of the white public in the late ‘50s and early ‘60’s, “The first time you were felt up was to a song of mine”, he proudly boasts. He sees himself as a tall poppy, harvested on the altar of envy, by those who have none of his genius or talent. The arguments he lays out as to why he didn’t shoot Lana are coherent and believable, but it’s the evidence Linda focuses on that is truly eye opening. Spector understood better than anyone why the younger attractive actress was at his home, as he’s spent a lifetime of coming to terms with how others treat famous people.

The ledger is balanced by video testimony from Ronnie Spector, his battered ex-wife and lead singer of the chart topping Ronettes. Spector was in every way a victim of the mega fame he experienced as a young man, his “teenage symphonies to God” revolutionised the sound of pop music, and he dominated the charts in the pre Beatle era with his trademark ‘wall of sound’ productions. Spector quickly became a megalomaniac, as the notoriety went to his head, and his reputation as an out of control, supreme egoist burgeoned. He crashed and burned with his over-the-top job on Ike and Tina Turner’s ‘River Deep, Mountain High’, and went into virtual seclusion until John Lennon resurrected his career by handing him the master tapes of the aborted ‘Get Back’ sessions, which became the Beatles final album release, ‘Let it Be’. Spector rode on the coat tails of that relationship for a time, producing Lennon’s wonderful ‘Imagine’ album, and George Harrison’s solo masterwork ‘All Things Must Pass’, before falling out with John over the disastrous ‘Rock and Roll’ sessions. Spector struggled for relevance after those years, surfacing briefly with the Ramones, but his reputation for flaky behaviour again continued and he went into permanent seclusion.

Mamet has cinema level star power at his disposal in the personages of Al Pacino as Spector, and Helen Mirren as Baden. Pacino simply inhabits the role, the incisive script the best he’s had to work with in many a year, and the bizarre succession of wigs a memorable source of rich material. Spector provides a larger than life character fro Pacino to get his teeth into, and he doesn’t disappoint, with his evidence rehearsal scene a highlight. Mirren proves his match at every level, with her illness plagued, dour attorney as she makes the journey from assuming his guilt to having severe doubts about his involvement.

Mament brilliantly makes the case that the ‘legal’ system in western societies operating under the rule of law does not necessarily guarantee justice. The notion that the jury system is able to dispassionately deliver a verdict without the inbuilt bias that we all inevitably build up is thoroughly dispelled. Linda finds a way to demonstrate the actual events, but still has to deliver the information in a way that rings bells with those deliberating jurors; in effect she has to sell the truth. It’s a commodity that Spector is familiar with, as the televised trial is as much theatre and showbiz as anything Spector has been associated with in his life.

‘Phil Spector’ is a superbly crafted and clinical dissection of the legal system by a sharp and literate writer-director, with fine central performances by veteran stars. Whether the real Spector is as self-aware as this fictional version may be a moot point, but Mamet’s voice and concerns about the ‘justice’ system cuts through clear and strong. ‘Phil Spector’ neatly lays out a case that flies in the face of public expectations, but is brave enough to admit the shades of grey in the story, merely pointing to the key phrase, ‘beyond reasonable doubt’.  Spector’s place in music history is assured, his legacy heard on the radio every day in most western countries, but his reputation as a human being is on much rockier ground. To know him, was not to love him, but is that enough to condemn him is spite of the evidence? Spector languishes in a California prison, it may be some time before the heat and emotionalism goes out of the case, but as Phil well knows, all things must pass. 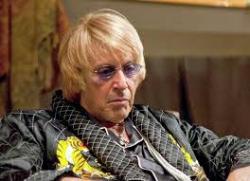 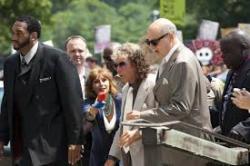 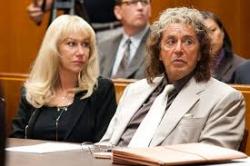 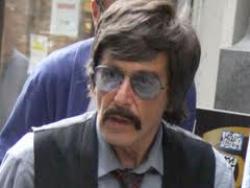 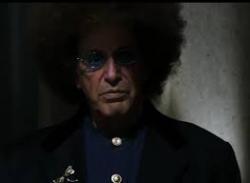 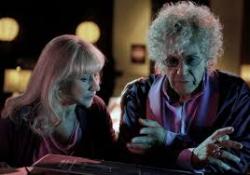