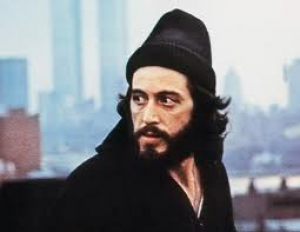 “For any director with a little lucidity, masterpieces are films that come to you by accident.” ~ Sidney Lumet

Sidney Lumet strode into the 1970's perfectly in sync with the era and with the young filmmakers who represented the American Renaissance movement. Lumet came to the project late in the piece, but it's themes of entrenched corruption versus the lone crusader and of lack of social justice for the lower classes resonated with his world view and he proved to be the perfect choice. The original script, by HUAC blacklist victim Waldo Salt, was deemed too long by Lumet and he had Norman Wexler make some cuts to compress the narrative and incorporate some flashbacks. Following in the docu-realist tradition Lumet started location filming in the Burroughs of New York with hot male star Al Pacino, fresh from his Godfather triumph, as Frank Serpico.

Lumet opens with the shooting of Serpico and some police conversations about it, "you think a cop did it?" says one officer, "I know six cops who said they'd like to" comes the reply. Lumet then investigates how it came to this, essentially mirroring a policier in the process. Via flashback we see Serpico graduate as a fresh young policeman eager to make a difference. Serpico's first beat exposes him to the entrenched apathy of his fellow police, "It's not our sector" he's told when a call comes through of a rape in progress. He has ambitions to become a detective and is assigned work as a plain-clothes undercover officer in the interim, where he gets a reputation as a "weirdo cop". Serpico's problems escalate when he refuses to take the regular pay-off's that other officers routinely take. "Who can trust a cop who doesn't take money?" he's told. Serpico reports the problem to superiors but finds the corruption in endemic and at the top of the force. Serpico, exposed as a potential informer fears for his safety from his fellow cops as a Grand Jury convenes to look into the matter.

It must have been particularly appealing for Waldo Salt to write a story involving one man swimming against the prevailing tide, having been caught in the communist hysteria of the '50's and blacklisted for his troubles. Serpico is a 'true' man, one who believed in the words spoken at his graduation stating that police officers personified "integrity, courage, honesty", and found reality fell a long way short of the ideal. Salt, equally, would have been entitled to think that the rights guaranteed by the First Amendment would be respected by the government, instead of being trammelled in the 'red scare' atmosphere of the time. Serpico ends up on his own 'blacklist', outcast and isolated between a culture of tacit acceptance of the corrupt status quo, and a complicit or apathetic hierarchy.

Lumet also points up the cultural differences between the 'new' and more streetwise generation that Serpico comes from and the old style cops, out of touch and ineffective. The '70's was a time of evaluating '60's idealism and then trying to incorporate some of those values in a cynical and tough urban environment. Serpico's generation was one that questioned the wisdom of it's elders, which was a sea change from what the generation prior had held to. Serpico's idealism holds up under intense pressure, but the lip service paid to it by his superiors makes it clear nothing will change quickly or easily, "a man of integrity has surfaced", say the Commissioner, and then does next to nothing about it. The police are only concerned about a potential scandal given that Serpico had approached an "outside agency". The mayor is too reticent to "alienate the police force" and the bureaucratic Mexican standoff continues. In a pre-Watergate era the fourth estate again brings pressure to bear on the moribund institutions to hold them to account.

Lumet's energetic approach and commitment to an earthy realism captures the environment in which Serpico operated in all it's stark detail. Serpico represented a new style of cop, the conflicted hero, a drama staple since the '50s incorporated Brando and Clift's work, but not one seen in 'hero' situations like cop films too often. Prior to Serpico the cop in American film tended to reflect the more traditional 'solid' man type, a 'Dirty' Harry Callahan, a lone wolf strong enough to swim against the tide and ultimately triumph, and able to continue despite a large personal cost. Al Pacino was the perfect actor to bring the sensitivity and tradition of the 'method' actor to the part and to update the cop genre, the last to fall to the 'new man' trope it seems, after the Drama and the Western. Pacino gives a stellar performance, a perfect symbiosis of actor and role during his golden period, as it fell neatly between his two masterful Godfather acting triumphs.

Sidney Lumet also hit a golden run through the '70s, as he found the times suited his style, ability and political leanings. Pacino returned to work with him in the excellent Dog Day Afternoon two years later, and Lumet continued to give actors roles they could excel in, winning three of the four acting awards for his 1976 film, Network. Lumet proved himself to be a fantastic craftsman, an under rated skill, and a particularly keen chronicler of New York life over the long haul. 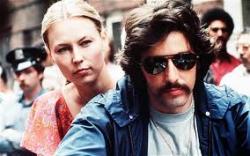 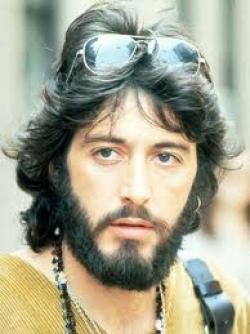