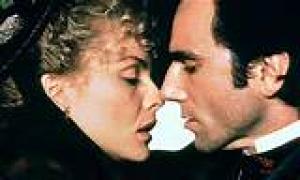 The Age of Innocence

"The worst of doing one's duty was that it apparently unfitted one for doing anything else."
~  Edith Wharton

Martin Scorsese will figure in everyone’s calculations as possibly the finest director of the ‘film-brat’ generation on the basis of his gangster films alone, but it might be that his most atypical film, a slow burning and intense love triangle set in the 1870’s is actually his best. Having defined much of the American Renaissance period with muscular, testosterone fuelled blasts like Mean Streets  and Taxi Driver,  he then underscored his credentials with the priapic machismo of Raging Bull,  Goodfellas  and Cape Fear,  before he wrong-footed many a film lover by dipping into Edith Wharton’s deathless evocation a bygone world of abundant wealth and privilege, The Age of Innocence.

Wharton’s ‘hero’ is the good natured and self possessed Newland Archer (Daniel Day Lewis), a blue blood in a gene pool where the peak achievement is to be able to “pass as an Englishman”,  something he does with considerable aplomb. Archer is the epitome of confidence, possessor of rakish good looks and a quiet swagger, content to play the game he secretly looks down upon, but he makes a good choice of wife by engaging himself to May (Winona Ryder), from another well connected family, thus ensuring their children will benefit doubly. Archer coasts through his world of luxury, paying scant attention to the ugliness beneath the beautiful façade, until Countess Olenska (Michelle Pfeiffer) comes and changes everything.

What may have piqued Scorsese’s interest in the subtle and labyrinthine manoeuvres of New York’s ruling elite in the 1870’s, is the feeling that Sun Tzu’s The Art of War must have been required reading amongst that privileged clique. This is a society capable of a different kind of violence, one ruled by a set of almost imperceptible signals and codes worthy of a semiotician. These invisible ripples are well understood by those hoping to advance under the assent of the de-facto crown heads of the city, the van der Luyden’s. Scorsese favoured a woman’s voice-over device, beautifully delivered by Joanne Woodward, which allows him to include some stunning Wharton prose, like “It was a world balanced so precariously that its harmony could be shattered by a whisper.”

The stunning opening titles are by Saul and Elaine Bass, a series of flowers unfolding with unmistakable overtones of a woman’s genitalia, before Scorsese zeroes in on the grease paint of an opera performer in a gala theatre in New York.  The torpid melodrama of the stage then pales into insignificance to the goings on within the ritzy upper crust, abuzz with news of the arrival of a ‘fallen’ woman from Europe, the notorious and beautiful ("She's had her portrait painted eight times"!)   Countess Olenska. Archer is immediately intrigued by the Countess, whose outsider demeanour and history casts Archer’s seemingly vacuous fiancé in a dim light. The narrative turns on the apparent innocence of May in contrast to the worldliness of the Countess, a surface distinction that turns out to have little substance.

The rules of societal warfare and courtship in this gilded milieu seem startlingly similar; every move is subtle and considered, almost imperceptible, except to initiates and adepts. Scorsese and his unerring cameraman Michael Balhaus linger over many an ornate ritual, either theatre or a ball or a meal, as they detail every aspect of the uber-rich in their pomp. The designed effect is to create a contrast with that of the base goings on in the emotional lives of the inhabitants, where everything looks glorious on the surface but is curiously more than the elaborate still life paintings that decorate the walls of the mansions. The measured pace and restraint also pays off, allowing Scorsese to make the taking off of a pair of gloves seem like the equivalent of the sex scene in Don’t Look Now. Subtle visual signals abound, after another dismissal of his airhead intended, Scorsese makes a cut to a woman in a painting with no face.

Saul Bass is not the only Hitchcock-ian association with the film, Scorsese indulges himself by giving a brief cameo to Hitch’s collaborator Norman Lloyd, (which is gobbled up with his trademark brio).  Scorcese even extends the in-joke to allowing himself a Hitch like cameo as a photographer, replete with period moustache, taking pictures of the central couple. Hitch himself would probably never have made such a rococo and elaborate period film, an essay on manners, but Scorsese’s inspiration lies with another classic era director, the émigré William Wyler and his masterful The Heiress,  from 1950. Scorsese has often spoken of his fondness for this picture, and the early scenes of Archer walking through the lavish mansion deliberately recall Montgomery Clift (the resemblance to Daniel Day Lewis is obviously no accident) doing the same thing in Wyler’s piece. There is also the unmistakable influence of Visconti’s masterpiece, The Leopard,  another of Marty’s cinema passions, and of the great Max Ophuls, of whom cameraman Balhaus was a family friend. Scorsese lets the narrative unfold to the strains of the lush orchestrations of Elmer Bernstein, a master composer of classic themes like The Magnificent Seven.

Daniel Day Lewis was the perfect choice for Archer, an actor on the rise at the time; he’d soon be embarking on a series of roles that would point him up as the pre-eminent actor of his generation. He was able to find the emotional layers in a character who’d been shoe horned into acting in a ‘conventional’ manner, all the while suspecting that a true and authentic experience may lie beyond that convention and not within it. The heart of the piece is the dawning realization of that lie, and of the cost of going against convention. Michelle Pfeiffer is radiant as the beauteous and wayward Countess, a woman who found herself with limited options, and who could only fall back on her feminine allure and wiles. Archer fails to realise that the same cunning woman who’d trained the Countess in the rules of the game, the inestimable grandmother (stunningly and memorably played by the delightful Miriam Margolyes) had also trained his intended, a miscalculation that would have disastrous consequences.

As regards the visceral nature of a typical Scorsese film, he finds himself stripped of many of his usual tropes here. In an era when the most shocking thing a woman can do is to move alone across a room towards a man without a chaperone, Scorsese has to build the tension in a different way. It’s a tribute to his cinematic mastery that he doesn’t blink and never breaks from the languid pace required to fuel such a slow burn. It makes for a stunning payoff when Archer confronts the fact he’s been emasculated by his peers, and more particularly by a wife whose wit he’d dismissed in the devastating coin of his class, as unimaginative, marvelling of her “inexpressive girlishness”,  and pondered how such “depths of feeling could coexist with an absence of imagination.”  Archer underestimated May, impressed by the yearning for freedom that the Countess expressed, he opined “there was no use trying to emancipate a wife who had not the dimmest notion she was not free.”

Archer had every reason to consider himself a master of the universe, a young buck with the world at his feet, but ultimately his blind spot was to be convinced he could behave in an unconventional way, to be an exception to the rule, but the strictures of his gilded cage ensured his tragedy would be the realisation that he was in fact, unexceptional, he was, when all was said and done, one of them. In a era where feminism was not yet on the radar, the most progressive idea Archer gives voice to is “a woman should share the same freedoms as men”  but ultimately the Countess is a chimera, an idea whose time has not yet come, and when given a chance to revisit her in old age, he decides not to shatter his perfect illusion.

There was almost nothing in the Scorsese canon that prepared audiences for this beautiful and delicate period saga, given the gut wrenching nature and popularity of his gritty urban films and the testosterone charged menace of his many De Niro collaborations had him labelled as a purveyor of violence par excellence. Even though he did well with some quirky comedies in the ‘80s, the clues for his lighter touch are found in the delicate strokes of his heartfelt Alice Doesn’t Live Here Anymore,  and in the visual poetry found in his homage to 1940’s showbiz, New York, New York,  where he showed he could make a film with brave and flawed women as central characters.

Daniel Day Lewis carries off the demanding central role of Newland Archer superbly, finding a way to convey the idea that desperation and resignation can coexist with a kind of contentment once a man has been conditioned to ‘do his duty’. After enjoying success with brilliant performances in My Left Foot and The Last of the Mohicans, then teaming with such a feted director like Scorsese, he stood at the centre of a career that could go anywhere, but he proved to be a non-careerist and chose very few projects to attach himself to, favouring quality over quantity, a rarity in the film business. Scorsese would employ him again nearly a decade later in the very different Gangs of New York,  a typical Marty blast of machismo, to equally devastating effect, but the beauty and poetry of The Age of Innocence  remains their stellar achievement. 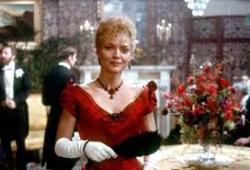 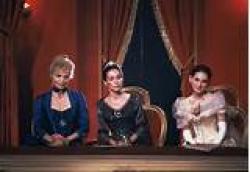 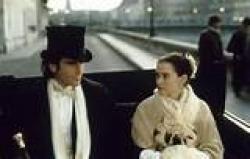 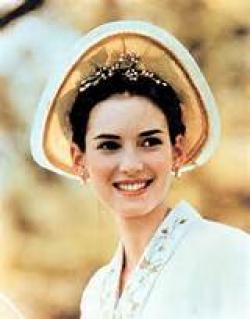 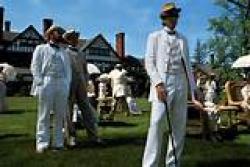 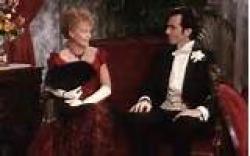 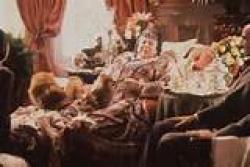 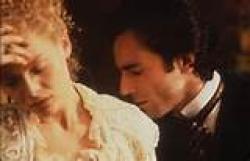 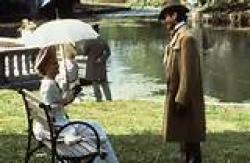