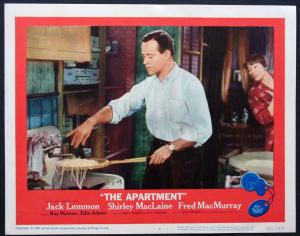 The Apartment highlights the gap between anglo-derived American puritan values and the more open accomodations of their European cousins. Billy Wilder understands the reality of human behaviour in the USA of the 1950’s and subtley points up the hypocrisy involved, but in an entertainment, not a polemic. Wilder, having just completed Some Like It Hot was keen to continue working with Jack Lemmon, seeing in him a ‘kind of genius’, and as he didn’t have anything prepared delved into his notebook of idea’s and set to work with his writing partner  I.A.L Diamond. What he pulled out of his bag of tricks was an idea he jotted down after viewing David Lean’s Brief Encounter, namely, what happens to the guy that lends the lovers his apartment? how does he crawl back into those sheets? Notwithstanding that he’s mis-read Coward, from this premise they proceed to construct the marvellous social satire that is The Apartment.

Bud Baxter is a low level clerk on the rise in a massive insurance firm in Manhattan. The key to his rise is simply the key to his apartment, that he’s taken to lending out to his superiors at the office in exchange for a good word for him, promotion-wise. The deal brings it’s own problems, and even getting into his own bed some nights proves difficult, not to mention cleaning up after his ‘guests’. Wilder mixes his cocktail with a sweetness provided by Lemmon’s winning performance. His Bud is a genial and honest guy, who does not question the morals of what he’s doing once, allowing the audience to go along with the deal and not to focus too much on the inherant sordid nature of it, not yet anyway. Some sacred cows of the late 50’s are nicely skewered, including television and even Marilyn Monroe, is a scene with one of the key borrowers played by Ray Walston. Walston will again step up to the plate for Wilder in a lead role some 4 years later in Kiss Me Stupid, filling in for Peter Sellars who had a heart attack during the first week of filming. Sadly Walston was a weak link and the film suffers, and we are left to wonder at what might have been?

After some scheduling issues and catching a bad cold from being forced out into the cold New York air, Bud is called to the office of big boss Sheldrake (Fred MacMurray) and on the way up, convinced promotion is in the air he gets flirty with the lovely elevator girl Fran Kubelick (Shirley MacLaine) with whom he shares a nice and natural connection. Sheldrake commences to lecture Bud and it seems the jig is up and Bud will be fired. Sheldrake then stuns him by asking for the key himself, leading to Bud’s classic retort about the amount of rotten apples, percentage-wise. Bud exits, happy with his promotion he asks Kubelick out for the evening and she agrees, after she has someone to see first. Wilder creates the set up and now delivers some pay off with some delightful play at a Xmas party, where Bud’s dreams are seen to be as fractured as the compact mirror that betrays the reality of the situation. Kubelick is in an affair with Sheldrake that she wanted to be out of, until he re-commited with promises that he’ll leave his wife. Bud is heart-broken, and goes out on a bender, picking up a woman for the night, upon getting back to his apartment he discovers Fran unconscious on his bed, having taken an overdose of pills, having had an argument with Sheldrake.

Bud nurses Fran back to health with the aid of his next door neighbour, a Jewish doctor. This allows Wilder to get in some conventional moralising at last and it’s Bud’s perceived promiscuous lifestyle that cops a pasting. Bud is entreated to be a ‘mensch, a human being’ and he’s forced to examine his own behaviour for the first time in the light of his enabling for Sheldrake and the damage caused to Fran. Bud sublimates his own happiness for Fran, thinking he’s lost her and attempting to help smooth the situation, or still act as the social lubricant he’s been all along, albiet with no attendent gain this time. MacMurray is betrayed to his wife as a philanderer by his secretary, herself a former victim and is evicted from the family home, freeing him to take up with Fran at last. Bud finally realises that he has to make a stand, and the dream job he has wheeled and dealed for has to be rejected in order for Bud to at last become a human, mensch-wise.

Wilder examines the american dream with a searing focus, not as bitter and dark as Ace In The Hole, but every bit as incisive. In a culture where everything is a commodity, where the prevailing ethos is ‘live now, pay later’ he’s asking us to consider that a line in the sand needs to drawn and it takes a clear head to see it and a brave heart to do it. Lemmon is magnificent as Bud, MacLaine is radiant as Fran, little wonder Wilder re-teamed them for the fun French farce Irma la Douce a couple of years later. It’s the charm and grace in Lemmon’s performance that anchors the film, and makes the arc of the character work so even if Bud made a pragmatic decision that is morally compromised at the beginning, he can right the ledger by the end, and in doing so re-affirm our faith in basic human decency. In stark contrast to Sheldrake’s selfishness, the callous way in which he treats the ill Fran and the careless insult of the $100 Xmas present, Wilder is saying what we value does not always have a dollar figure attached. The Apartment is written flawlessly and edited beautifully, craftsmen at the top of their form, it’s as salient in the 21st century as it was when it was made, and it’s message will resonate for many years to come. 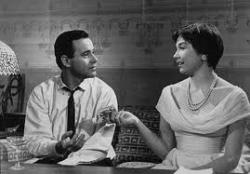 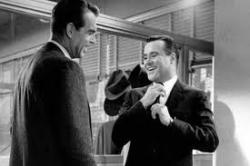 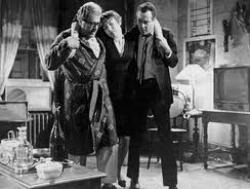 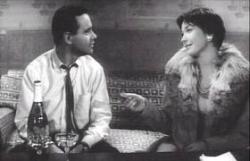