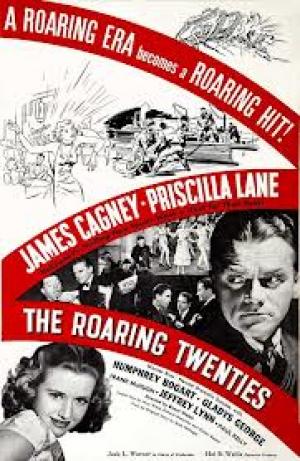 "Instead of giving money to found colleges to promote learning, why don't they pass a constitutional amendment prohibiting anybody from learning anything? If it works as good as the Prohibition one did, why, in five years we would have the smartest race of people on earth". - Will Rogers

Famous Broadway columnist Mark Hellinger went to Hollywood and one of his pet projects was to produce a film in 1939 based on his personal experiences of New York during the '20's Jazz Age, of the gangsters he knew that prospered via the Speakeasy's when Prohibition was in force in America for 13 years. Warner's had ace New York writer Robert Rossen, who would go on to be a director himself, co-write the screenplay from Hellinger's story with Jerry Wald, and veteran director Raoul Walsh was signed on to put all the elements together. Ernest Haller, an Oscar winner for "Gone With The Wind' the same year, shot the piece in a style that foreshadowed much of what Film Noir would come to represent, and Walsh incorporated newsreel footage to add a certain verisimilitude in much the same way Orson Welles would shortly do in 'Citizen Kane'. James Cagney was heartily sick of the run of gangster films Warner's had crammed him into since his breakout turn in Wellman's 'The Public Enemy' in 1931, saw enough in the stylish script to put on the dark suit one more time, and starred with Humprey Bogart for the third and last time. Bogart was to go on to starring roles on his own shortly after this film, and his association with Hellinger led to them forming a production company together in the late '40's.

The hum of the columnist's typewriter and the immediacy of the rhythms of the writing shines through at every level, and Hellinger's gritty tale is framed with a history lesson level of information regarding the then recent past of an America possibly facing another conflict in Europe. Walsh quickly flashes back to the 1918 trenches and foxholes of France, where George (Humphrey Bogart) is settled in, only to have Eddie (James Cagney) literally jump in on top of him, Lloyd (Jeffrey Lynn) a college boy lawyer completes the trio and the central relationships are established. After the doughboys are demobbed the problems for Eddie start, the job that he was promised would be waiting for him after the war was given to someone else and like the 'million' other soldiers he's looking for work. Danny (Frank McHugh) is Eddie's friend and gives him work sharing the driving of his cab, only to have Eddie inadvertently dragged into an illegal liquor delivery and he's arrested as a result. Eddie's descent into a life of crime has begun, and soon he's up to his neck in bootlegging, the only way he can keep up with the demand is to expand to the point he needs a legitimate 'cover', and Lloyd returns to negotiate a large Taxi business front for him. George reappears as part of the criminal milieu and becomes partners with Eddie in a big time illegal liquor industry.

The crime story aspect is tempered by Eddie's pursuit of 'good' girl Jean (Priscilla Lane), who represents a purity Eddie aspires to, but will remain just out of reach. Jean becomes a singer in a club Eddie helps run, and who's hostess Panama (Gladys George) is the obvious girl for Eddie. When things go bad, and the Hays Office production code and the law of the jungle dictates they WILL go bad, then Eddie finds the only redemption available is to confront George in order to recover the decent part of himself he's lost. Jean forces him to see that he'd not only lost her, in fact he'd never had her, but that he'd lost his true self. Eddie is the ordinary guy caught in extraordinary circumstances, whereas Lloyd is able to draw a moral line and retreat from the world Eddie offers him, and George is purely evil and driven by fear and greed to embrace the life of crime on offer. Ironically Fear and Greed also drives Wall Street, and central to the fortunes of the nouveau riche gangsters is the collapse of 1929, where many of the legitimate fronts went belly up, compromising the gangsters ability to pay off the requisite amount of law enforcement in order to do 'business'.

The historical information given in the film is formidable, and suitably contextualises the sociological background to the events. The Prohibition law was an ill thought out and poorly executed piece of legislation, and it soon opened the door for major criminal organisations, as well as legitimate Canadian brewing companies to benefit enormously. The narrator puts it as the marriage of 'an unpopular law with an unwilling public', a recipe for disaster in other words. What began as some petty flouting of authority at a college student level, where a friendly cop turned a blind eye, and the bootlegger was something of a folk hero, soon morphed into a corrupt and complicit industry where money was being made end everyone, including the cops, were taking their share. Money and corruption attracts criminals (shock, horror) and in 1924 we are told this 'amazing madness' leads to gang warfare, ratcheted up several notches by the importing of the 'tommy' gun into the fight.

Eddie is the 'victim' of a society that had forgotten about him after his patriotic duty for his government and nation was done (sound familiar?) and is forced by circumstances to embrace a capitalistic enterprise that is the direct result of the same government's policies. The fact that it lasted 13 years is mind-blowing, and sadly the lessons learned from the biggest sociological 'experiment' in human history have never been put into practice. Here we are in the 21st Century where the drug is now not alcohol but cocaine or amphetamines or heroin, and we are pursuing the same strategies that force the 'industry' underground and make criminals rich. D'oh! The definition of insanity is to keep doing the same thing but to expect a different result.

The dynamism and breadth of Raoul Walsh's filmic vision for 'The Roaring Twenties' is astonishing, it elevates and virtually completes the Warner Brothers 'gangster' cycle at the same time. The detail and nuance he maintains is direction from a master, a reminder that he had started a life in films at the feet of D.W. Griffith. The pace is crisp, but never rushed, the cutting is dynamic and forceful and the muscularity of the piece is never lost. It's an incredible juggling act that could have been a mess in lesser hands. Walsh got the best out of his cast, especially Cagney, who could have phoned the performance in, but it swings from decency to menace and back again very easily.

Cagney would give gangster films a wide berth for the next 10 years, and put his own signature farewell to the form with the striking 'White Heat', not surprisingly with Walsh again at the helm. Bogart is solid as the menacing and unhinged George, and thankfully his support days were almost over and he would become the 'Bogie' we all love very soon. Gladys George is fine as Panama, showing Walsh to be equally expert with actresses, and the rest of the cast are the usual solid studio supporting crew, never a bum note or awkward performance. Walsh would go on to direct many successful Warner films over the next decade, and formed a significant seven film actor-director partnership with Tasmanian devil Errol Flynn. 'The Roaring Twenties' remains a highpoint of his cinematic art, another jewel in the incredible 1939 studio system's crown, and a riveting history lesson at the same time. 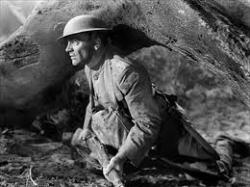 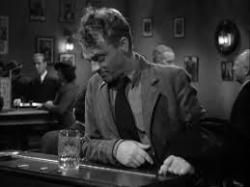 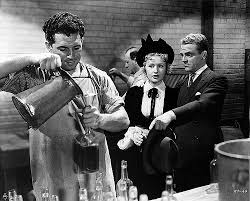 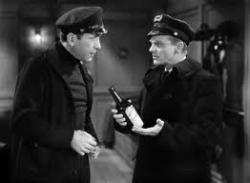 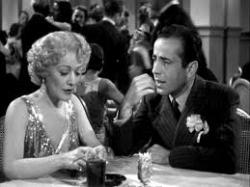 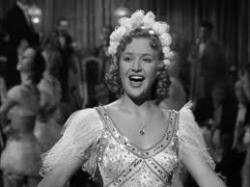 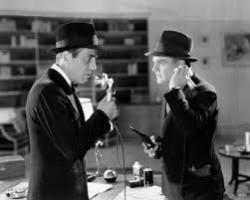