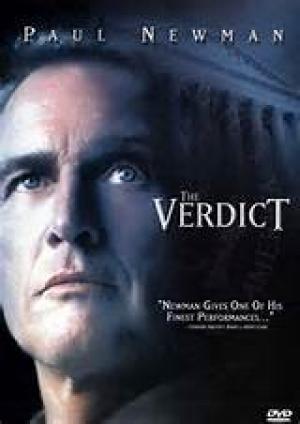 The Catholic Church and its dirty habit

"Paul's always been one of the best actors we've got, but there was that great stone face and those gorgeous blue eyes and a lot of people assumed he couldn't act. "  ~ Sidney Lumet (on Paul Newman)

It’s hard to believe that David Mamet’s draft of the screenplay for The Verdict  was alternately accepted and rejected many times before the project came to the attention of Sidney Lumet. By then many other writers had written drafts and several stars had come and gone, including Sydney Pollack and Robert Redford, but ultimately Lumet believed in Mamet’s adaptation of David Reed’s novel and in Paul Newman he found the right actor to embody the role of Frank Galvin, the alcoholic Boston lawyer looking for redemption. Lumet made a career of dissecting the corollary of power and institutionalised corruption, always in an elegant and intelligent way, and The Verdict  provided a perfect vehicle for him to play to his strengths.

Frank Galvin (Paul Newman) is an ambulance chaser, a down at heel lawyer reduced to stalking the bereaved at funeral parlours hoping to pick up some work by exploiting vulnerable people at points of personal crisis. Mickey (Jack warden), his old friend and mentor throws him a lifeline by giving him an open and shut case of medical negligence by a large Catholic hospital, and as these cases are typically settled out of court a decent payday is ensured for Frank, with minimal effort. Everything looks set to play to script until Frank visits the victim, comatose in a nursing home in a vegetative state, and he decides not to settle but to take it to court. The decision forces the Catholic Church to hire a gun lawyer, Ed Concannon (James Mason) who brings a bevy of lawyers to bear on the beleaguered Frank and Mickey. Frank finds unexpected emotional support during the rocky battle with the mysterious Laura (Charlotte Rampling) a woman he’d met at a bar. After Frank’s star witness disappears on him he begins to doubt his ability to win the case.

Mamet’s screenplay unpacks issues of tacit racism and hypocrisy with clarity and surety, whilst never laboring a point or making it obvious and preachy.  A telling example is the scene where Concannon is informed by a smug young staffer about the key flaw in Gavin’s chief witness, “He’s black”!  Concannon does not skip a beat and in neutral tones tells him, “This is how we play it, we treat him like any other expert witness… and we make sure we have a black lawyer on our team in the courtroom”.  He knows that the power imbalance is built into the system, and that the casual racism endemic in the wider population will be lying dormant into the jury pool and will take care of business for him. Lumet had already set the ground by having Galvin visually dismiss the black man at the train station, the tacit racism being, ‘a black man, he can’t be an expert medical witness’. It’s a chilling and subtle reminder of how casual racism works.

Another variation on the theme is the hypocrisy of the Catholic Church, an institution more intent on protecting its reputation than in helping dispense justice. The Archbishop (Ed Binns) enquires of his legal advisor about the new evidence from the ex-nurse which undermines their case, and is told the judge threw it out on a technicality, whereby the cleric merely asks, “But did you believe her”?   He then shrugs off the fact that she may have been telling the truth in favour of keeping the Church’s financial exposure to a minimum, the possibility of the truth a seemingly momentary blip that does not deter him from his greater duty.

Lumet keeps the focus on the people involved, a decision that heightens the humanity in the piece and keeps it from lapsing into a dry ethical argument. Paul Newman finds the nuance and layers in his character to bring out the feeling of arch melancholy, the residue of the struggle of a man who has gone against the system and lost. Frank has to chance his arm one more time and hopefully in doing so find redemption, but he baulks at the risk, and this quality gives him empathy for the plight of his crucial witness Nurse Costello, beautifully played by Lindsay Crouse. Charlotte Rampling is superb as the mystery woman, who gives a resurgent Frank another kind of hope as he rebuilds a life where he can find some self respect and dignity. Rampling often struggled to find roles in mainstream films that suited her particular exotica, but here she finds the perfect character for her gimlet eyed charms. James Mason is ideal as the upper class lawyer, and gives a master class in character acting, as does Jack Warden as the dishevelled Mickey.

Sidney Lumet made a career of essaying power and corruption within institutions and as an example of his ability to skewer the heart of a matter, The Verdict  is top shelf. The film is stylish and atmospheric, and Lumet’s ability to maintain tone and pacing unlocks its compelling narrative and gives it a quasi-thriller element. Ultimately it is about people, people damaged and thrown aside by the power of institutions, in this case the Church and the Law, and Lumet unpacks the issues with skill and precision, aided by a first class script from David Mamet and one of Paul Newman’s signature performances. The film earned Lumet his 4th Best Director nomination, but he was fated to never win the statue, surely an indictment of that uneven system. Newman got another Best Actor nomination, but lost again, but at least he would only have to wait a couple of years before he finally got the nod with Scorsese’s The Colour of Money.

Sidney Lumet was a giant of American cinema, a master at adapting many theatrical pieces to film and one of the great humanists to ever grace the medium. Lumet and Newman were kindred spirits in as much as they were committed liberals, and Newman had worked with Lumet previously, by doing a voice-over for his documentary on Martin Luther King Jnr over a decade before, so they were a perfect team. The Verdict  is a key part of a very fine cinematic legacy from an intelligent and talented director, who could bring out the best in his actors and technicians, and who made quality films across an astonishing 50 year span. 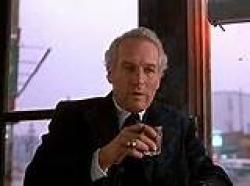 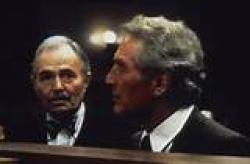 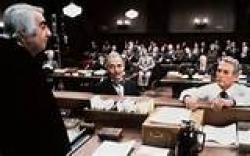 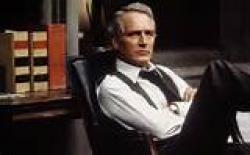