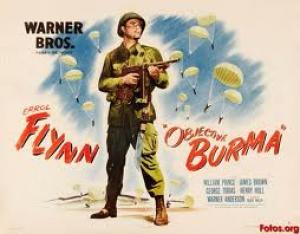 Errol Flynn had made 12 films at Warner Brothers with his Hungarian mentor in Hollywood, Michael Curtiz, the adventure classics The Adventures of Robin Hood  and BThe Charge of the Light  Brigade  amongst them, but by 1941 the pair had fallen out irreparably and Flynn immediately found another key director to collaborate with, the silent era veteran Raoul Walsh. Objective, Burma!  was the second to last of their seven films together, and their most misunderstood given the controversy it engendered upon its release. The movie was based on a real mission by the American military in Burma, and the story was penned by Alvah Bessie, who was nominated for an Academy Award for the work, and the screenplay was adapted by Lester Cole. Both Cole and Bessie were members of the so-called ‘Hollywood Ten’ a few years later, both serving time in prison for contempt of HUAC.

A strategic Japanese radar installation in the Burmese jungle presents an impediment to Allied progress in the South East Asian theatre of WWII. A crack American unit of paratroopers, led by Captain Nelson (Errol Flynn), is called in to run a deep penetration mission into the jungle to destroy the radar station so as to allow greater freedom of movement for the Allies. Nelson reluctantly takes along Williams (Henry Hull), an older war correspondent who is keeping the American public informed of progress in the far flung east. The unit is made up of men from all walks of civilian life, and it’s Nelson whose job it is to cohere them into a disciplined and effective fighting force as they face near overwhelming odds.

Walsh opted for a hyper-real approach to the piece, insisting on authentic locations and sets to stand in for the Burmese jungle, and succeeded brilliantly, even to the point several veterans thought he’d gone to Burma to shoot! Walsh manages to balance the huge set piece battles with the more intimate moments among the men as fears are voiced and worries are assuaged by Nelson’s calm assurances. The tension Walsh manages to create in the jungle is abetted by superb editing and scoring, and the stylish look of the film is testament to James Wong Howe, ironically the Asian born cinematographer who became one of the greatest of Hollywood’s cameramen. It’s the kind of tension that Terrence Malick’s, The Thin Red Line  attempted to replicate, and succeeded, some 50 years later.

Walsh had resurrected his career at Warner Brothers in 1939 with the energetic The Roaring Twenties,  and stayed on for a further 15 years, working with most of the main Warner stars and creating several classic films in the process. Errol Flynn and Walsh had made a couple of WWII themed films, amidst criticism that Flynn had not signed up for military service as other Hollywood stars had done, and made the best of the lot with Objective, Burma!  The general public were not informed as to the true nature of Flynn’s health, as various ailments had the actor rated 4F, unfit for service, despite appearances to the contrary. Flynn had contracted malaria in the jungles of New Guinea, he had heart problems and suffered tuberculosis, and on top of all this he was a heavy drinker, but his screen image was of an athletic and virile man. Flynn was also a notorious womaniser, and it was this gap between the public image and the private reality that led to criticisms of Flynn’s failure to enlist. Warners never released the fact the he had tried and was turned down for fear of ruining his image.

The furore that the British release of Objective, Burma!  caused seems an unfortunate misreading of the film. In an era when American heroics on screen seemed indeed to have them single-handedly winning the war, it seems that Walsh’s film was viewed through that prism rather than taken on its own merit. The film focuses on the (true) operation of a single American unit, operating as a point unit to aid the much larger Allied forces, mostly British and Australian, to continue the push inland. The film never falls into the easy propaganda of other American films of the era; it instead portrays a very unsavoury and tough, actual operation undertaken by the Americans. It does not imply at any point that they are the only Allied country involved in the area.

Walsh had a happy relationship with Flynn for many years, until both hit the bottle too hard at the tail end of the ‘40’s, when they both also wanted out of long term Warner Brothers contracts. The pair bonded over their mutual view of ‘masculine’ filmmaking, and the chemistry and respect spilled over on screen, making Warners doubly happy as most other directors could not control the recalcitrant star. Flynn was on his best behaviour for Walsh, and the sombre and pseudo documentary approach of Objective, Burma!  demanded a level of commitment to on screen reality that saw Flynn create one of his very best characterisations in the decent and earnest Captain Nelson.

Raoul Walsh created a fine and vibrant war film, greatly misunderstood over the years and in some quarters pilloried for overt racism, as in Henry Hull’s mad rant against the ‘Japs’. The sentiments are certainly racist, and delivered in the most extreme of circumstances and under pressures we can’t comprehend of today, so some context is required in understanding, not condoning  them. Anyone who has been acquainted with veterans who fought that campaign against the Japanese and who witnessed their atrocities will know that reasonable people became undone at the memory of that war. Walsh created a film to rank with Ford’s They Were Expendable  as one of the gritty and ‘real’ accounts of an unspeakable war, and given that most Hollywood war films were no more than propagandist dross, that’s no mean feat.

Walsh stayed with Warner for another few years, making what many consider to be his finest film in White Heat,  with James Cagney. He continued to make features for almost 20 more years, always producing something of quality, efficiently and without fanfare. 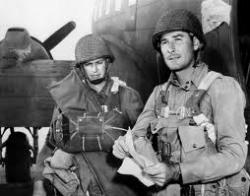 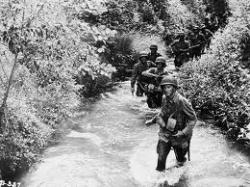 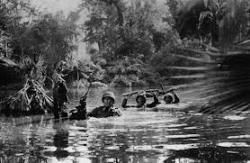 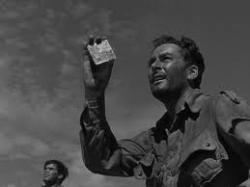 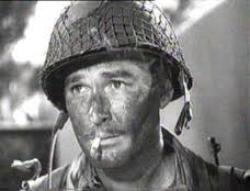