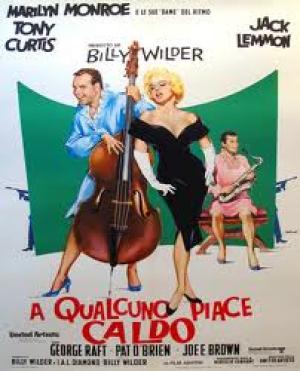 "They've tried to manufacture other Marilyn Monroe's and they will undoubtedly keep trying. But it won't work. She was an original."
~ Billy Wilder

Billy Wilder has the immortal final words of this film engraved on his tombstone, "Nobody's perfect", but if one comedy ever represented film perfection, it's Some Like It Hot. Wilder and his then writing partner, I.A.L Diamond, fashioned the script after a 1935 French film called Fanfare D'Amour and after considering Frank Sinatra and Mitzi Gaynor he settled on Jack Lemmon and Marilyn Monroe to join Tony Curtis as the leads. Wilder cast the supports with some fine Hollywood veterans including George Raft, Pat O'Brien, Nehemiah Persoff and Joe E. Brown, which allowed him to have great fun with the dialogue and layer some sly in-jokes. The make up effect on the 'men as women' was too obvious in colour and led to the decision to film in black and white, which also gave the finished product a nice period ambience, especially in the Chicago scenes.

Joe (Tony Curtis) and Jerry (Jack Lemmon) are two penniless musicians hustling for a buck in prohibition era Chicago. After they accidentally witness the St Valentine's Day massacre by thugs working for the gangster Spats (George Raft), fleeing for their lives they go on the run in the guise of two female musicians in an all-girl band. Sugar Kane (Marilyn Monroe) is the lead singer and ukulele player in the band and both 'men' fall in love with her. The band takes a long engagement in Florida where the girls are all vying for the attentions of elderly millionaires, and Jerry, as Daphne is no exception having caught the eye of Osgood (Joe E. Brown). Joe, as Josephine, is fending off the unwelcome attentions of a randy bellhop, as he takes on the identity of a suave, though emotionally damaged millionaire to woo Sugar. The pair is negotiating the vicissitudes of love as 'women', when the Chicago gangsters arrive for a convention and they are under threat again.

Wilder brings his trademark sardonic humour to the farce, revelling in the fun of having two womanising men facing life on the other side of the sexual divide. In the relatively 'stitched up' morality of the '50's it's a sharp and witty way to play with gender bias and to titillate a public with the taboo topic of cross dressing. Curtis' pouting Josephine is particularly convincing and gets a lot of Wilders attention (she could pass for Eve Arden's sister) and is forever fending off prying hands and stares, whereas the more plain Daphne has to rely on her personality. Sugar has joined an all girl band for 'safety in numbers', having spent all her adult years keeping lecherous men at bay, and soon the 'girls' are finding out the hard way that she's telling the truth. The wily Joe uses his Josephine guise to extract useful information out of Sugar, almost like a spy infiltrating enemy ranks, which he then turns to his advantage. This is the battleground of Wilders 'war of the sexes'.

The script is lacerating and the situations inventive, which leads to some priceless humour. Osgood and Daphne dancing merely brings the mild rebuke, "Daphne, you're leading again", or Spats will pick up a grapefruit and threaten to squash it into someone's face in sly imitation of Cagney. Persoff has a lovely gag with his hearing aid at the banquet and the topper is Curtis' Cary Grant accent that he uses for his millionaire persona, "Nobody talks like that", shoots back Jerry. All achieved with Wilderian drollery and flair. Paramount stalwart and Wilder veteran Charles Lang shot the piece beautifully in black and white, and the sheen it imparts is like a layer of nostalgia that cloaks the witty repartee and makes the stars, particularly Monroe, look stunning. Marilyn was in the thrall of the Strasberg's and their 'method' at the time, and married to Arthur Miller, as if she was putting up a neon sign saying "take me seriously". The irony is that making comedy is a serious business and in this, she had no peer and proved herself a worthy inheritor of the tradition of comediennes like Carole Lombard. Wilder famously realised Paula Strasberg was coaching her from the sidelines as they were filming and put a quick stop to Strasberg's involvement by saying "How was that for you Paula"? after a take.

Monroe looks beautiful and holds her own against the brilliant Lemmon and the excellent Curtis. Wilder found his male muse in Lemmon, an actor who was as inventive and daring as he himself was, and went on to make several classics with him, but none better than this, their first. Lemmon's energy and bravura intensity fitted the Billy Wilder tone of satire to a tee, a marriage made in celluloid heaven. Tony Curtis may be the most under appreciated actor in all of the retrospectives when it comes to this film. He has the most thankless of roles, Lemmon pushes the comedy in broad stokes and Monroe plays delicate and sweet while Curtis walks a tightrope between the two. It's a superbly judged contribution, and in effect he manages an Alec Guiness or Peter Sellers type effort in playing three distinct characters and doing it beautifully.

Billy Wilder was a master of satire and biting wit, but this comedy doesn't have the acerbic qualities of his more bitter vintages like The Apartment or Kiss Me Stupid, as it has such a sweet heart. Some Like It Hot is an irresistible confection, layered and considered, but never 'too clever by half' to lose its audience. It is often voted as the best comedy of all time and in many ways deserves that accolade, as it's a comedy that doesn't date like many others. As long as people are interested in looking at the lighter side of human nature this film will endure, admired and loved, an undeniable masterpiece. 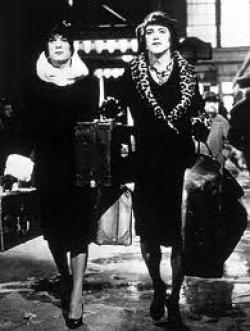 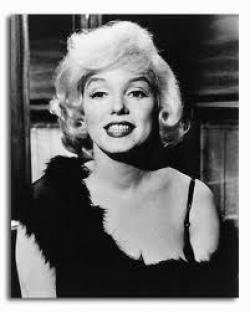 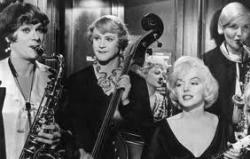 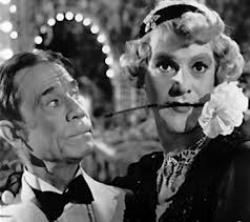