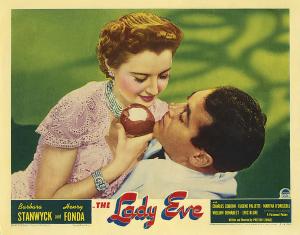 An auteur before the word was coined, and a talent that re-wrote Hollywood convention, Preston Sturges was at once insider and outsider, a rich dilettante who could have succeeded at a number of careers before he settled on a life in the dream factory. His annus mirablis of 1941 produced Sullivan’s Travels, The Palm Beach Story and The Lady Eve, all masterpieces of wit and design and superb examples of the power and genius of Hollywood at it’s peak. A veteran studio writer Sturges came out on the back of a Broadway success in 1929 when Hollywood suddenly needed words, and eventually moved into directing as well, one of the first to do so post Chaplin, paving the way for Orson Welles, Billy Wilder et al. After having some success with his screenplays he was convinced he could direct them better than anyone else and sold one to Paramount for $10 on the proviso he got the directing job. In an era where sex and sexual mores had to be subtle and codified a writer like Sturges made a career out of outwitting the censors and could stymie them at every turn, and this is demonstrated perfectly in The Lady Eve.

The film opens with beer fortune heir Charles Pike (Henry Fonda) coming out of the Amazon jungle with a rare snake, exclaiming how he wants to spend his life in the pursuit of knowledge. Sturges immediately undercuts this by having his minder Muggsy (William Demarest) simultaneously farewell a native girl, obviously he’s been pursuing something else. After a visual mating dance of ship funnels (seriously) Charles boards a cruise ship bound for home, the entire female passenger list eyeing him as he pulls alongside, including Jean, (Barbara Stanwyck) a con woman working in concert with her father Harry (Charles Coburn). Jean manages to drop the apple she’s eating on Charles’ head, a reincorporation of the opening title apple/snake animation, reminding us that this ‘Eve’ is a temptress and Adam/Charles is set for a fall. In a wonderful technical set piece with a compact mirror Jean comments on all the women trying to attract the attention of Charles at dinner, from Sturges’ point of view she literally has Chales in the palm of her hand. The first fall comes when she trips Charles and maneuvers him into her cabin, having him play out a Cinderella scene as he replaces her shoe.

Sturges has jean say directly to Charles ’let’s go to bed’, and then they go his cabin, if this wasn’t enough to worry the censors she then screams when she sees his snake! The overt phallic suggestiveness is then played out by her running to her own cabin with Charles in pursuit only to spend minutes in a single shot where she’s running her hands through his hair, talking of their ideal love, he’s on the floor and she’s on a chaise longue! At the end of this sequence we’re left in no doubt she’s satisfied in a sexual way. Charles looks frustrated. Whew!  Muggsy is suspicious things are not what they appear to be, and this is an underlying theme that Sturges explores. Jean, the illusion, and Charles fall quickly and deeply in love, and the con act is threatened by an unexpected twist, something real. Harry is appalled to find Jean falling in love with this ‘suckersapien’, and reminds her that his type of rich who’s ‘tragedy is they don’t need anything’ is just as much of a facade as their world of card sharps and cons. Charles proposes and Jean accepts, but before her father can scupper the deal Muggsy finds evidence of the con and Charles is devasted. In their shipboard goodbye he convinces her he knew earlier than he did, thereby ‘playing’ her for a sucker.

The next act sees the Charles we have come to know disappear, like a magicians trick. Where once was charming innocence, that lead to Jean falling in love with him and turning him into a confident poet, breaking out of his shell and finding his true self, he’s now withdrawn and awkward when confronting Jean’s double the English and proper Lady Eve Sidwich. Of course this is the ‘same dame’ Jean, replete with passable english accent, set on revenge for being made a fool by Charles and she makes him fall in love with her all over again. She’s intent on then breaking his heart to even the score, or as she says "I need him like the axe needs the turkey’. Sturges manages to lampoon the upper crust, east coast society types, fawning over the faux Brit aristocrats, Eve’s ‘uncle’ being deliciously played by Eric Blore. They are all appearance and no substance, mirroring exactly the imitation royals they fall over to befriend. Eve does what she sets out to do, aided by some stunning gowns and Stanwyck in the bridal number descending the stairs is a vision of beauty. Deed done all that is left is to divorce and move on. Jean can’t go through with the deal, even though for once she has a legitimate score where she can name her own price. She decides to be Jean again and, knowing that Charles is heading back to the Amazon, she gets on the same ship, trips him up again and they both declare that this is the real thing, and Eve is forgotten.

Eve speculated as to why Charles could not recognise her as Jean, she understands that when they were truly in love they were different people, ‘we don’t recognise each other anymore’. Love gave each other a patina of perfection in the others eyes, love gave them wings. Sturges is telling us appearances can be fake, and it’s only true love that can reveal our true self, the self that is worth sharing and giving to another. He does it with delightful dialogue and a cast at the top of it’s form. Fonda, borrowed from Fox was a beautiful comic actor, but Sturges needed someone who could do the heartbreak and loss equally well. Initially Paulette Goddard was cast as Jean/Eve but two weeks before filming started Stanwyck replaced her, and it’s hard to imagine another actress doing the part as well. She is superb as the whip smart con woman, and Hawks was to utilise elements of the same persona in the Wilder scripted screwball classic Ball Of Fire the same year. Wilder also had a noir job of work for her a couple of years later, confirming her as one of the most versatile actresses to grace the silver screen. She was never so alluring as here though, finding in Fonda the perfert foil, and incredibly Fonda admitted years later he was in love with Stanwyck but never told her. When told about it by Fonda’s biographer she simply said ’ as for Fonda’s talk, he was single when I was single, where was he’?

A perfect comedy with a beautiful heart, witty and sparkling, delicious like a ripe red apple. Take a bite. 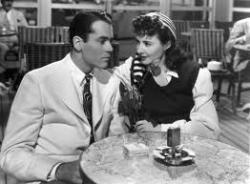 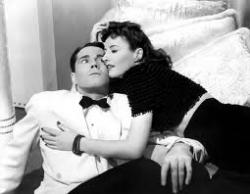 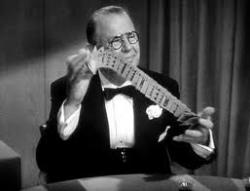 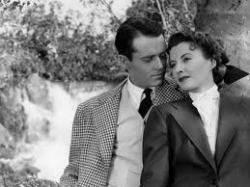