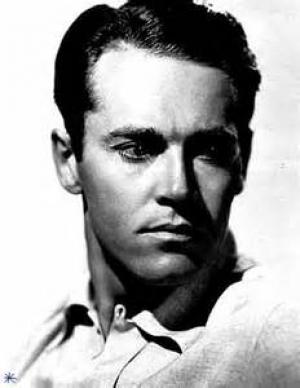 "I hope you won't be disappointed. You see I am not a very interesting person. I haven't ever done anything except be other people. I ain't really Henry Fonda! Nobody could be. Nobody could have that much integrity."
~ Henry Fonda

Henry Fonda was one of the misfits in the classic years of the studio system in Hollywood, a serious man caught in a mostly frivolous industry, one bent on entertainment and not art. Born in the American mid-west, Fonda acted in theatre and was spotted in Nebraska by Marlon Brando’s mother, who encouraged ‘Hank’ to pursue a life on the boards. Fonda went to the University Players in Massachusetts and there met lifelong friend James Stewart, who joined Fonda in New York where they tried their luck on Broadway.

After the revolution of sound Hollywood enticed many Broadway actors west, needing good looking types who could speak well, and soon both Fonda and Stewart were young, up and coming actors in Los Angeles. Hank made the first impression in a film of one of his Broadway parts called The Farmer Takes a Wife  and quickly realised the value of a good director with Henry Hathaway’s fine The Trail of the Lonesome Pine.  Fritz Lang made an early proto-noir with the excellent You Only Live Once  and then Hank made the most important connection in his career, by agreeing to work for John Ford in the lovely biopic, Young Abe Lincoln.

John Ford was given the task of directing the adaptation of John Steinbeck’s important book, The Grapes of Wrath, and Fonda was so keen to play the role he agreed to a 7 year contract with Daryl F. Zanuck’s 20th Century Fox. Fonda knew he’d be doing formula drivel for his sins, but his instincts were correct and in Tom Joad he provided one of the screens immortal characterisations. Fonda teamed up beautifully with the inimitable Barbara Stanwyck for the superb comedy The Lady Eve, by writer-director Preston Sturges and also did a fine western for Fritz Lang with The Return of Frank James.  One fine property he managed to do for Fox was the stunning and bleak William Wellman masterpiece, The Ox-Bow Incident,  still the last word in a cautionary lynch mob parable, containing one of Fonda’s best performances.

WWII interrupted his movie star life, and both he and his pal Jimmy Stewart had distinguished military careers. Upon returning he went back to work for John Ford, making one of his finest films with My Darling Clementine,  and then on Ford’s mysterious and jarring art-house tone poem The Fugitive,  before repairing the damage with the excellent western Fort Apache,  co-starring John Wayne. Finally disillusioned with movies Fonda returned to Broadway in his triumphant and favourite role, of Doug Roberts in the wartime drama, Mister Roberts.  Ford and Fonda fell out over Pappy’s attempt to film the play, with Joshua Logan taking over to complete the project, the result of which was always to disappoint Fonda.

Unlike other classic era stars Henry Fonda’s thoughtful (and liberal) persona suited the changing times and he managed to find challenging and interesting roles well into middle age. He distinguished himself in Sidney Lumet’s brilliant legal drama 12 Angry Men,  and in a couple of political themed pieces, Gore Vidal’s incisive play The Best Man,  and in the Cold War thriller, Fail-safe, again with Lumet. Fonda upset everybody’s idea of what he could do by playing a complete villain in Sergio Leone’s spaghetti western classic Once Upon a Time in the West,  before he settled the horses by making a couple of charming comedy westerns in league with his old friend Jimmy Stewart in Firecreek  and The Cheyenne Social Club.

Henry Fonda continued to consistently work into his old age, and if the quality of the projects varied, his dedication to delivering convincing characterisations did not. His tenacity paid off unexpectedly with a Best Actor Oscar in 1981 for his touching portrayal of a distant father trying to reconcile with his daughter (played by Jane Fonda) in the overly earnest but effective On Golden Pond.  He died the following year. Ironically, like John Ford, Fonda was able to present an ideal on screen that bore no relation to his own messy and disastrous family life. Both of his children with Frances became actors, an he later said of them, "I didn't help or discourage them or lead them by the hand. I'm not trying to set myself up as a good father, because I wasn't a good father. But I think I knew instinctively that if they did make it, they would like to know they'd done it on their own. I recognise all the problems my children have had, and I don't claim any credit for what they've become. They've become what they are in spite of me."

Henry Fonda was an enigma to many, especially his children, a distant and serious man and yet one who could convincingly play the most humanist of characters with deceptive ease. Fonda’s was an intensely private man in an increasing celebrity obsessed culture, and the tension it created in him seemed ever present. His personal life was something of a roller coaster and he clashed with daughter Jane about the ‘Method’, she was a fan, he was not. Fonda had married the quirky actress Margaret Sullavan but divorced her to wed the ill-starred Francis Brokaw in 1937, who gave birth to his two children Jane and Peter, but who committed suicide after being admitted into a psychiatric institution in 1950 following their separation.

Henry Fonda was a committed to left leaning politics all his life, and looked for serious work to help illuminate the human condition, and always managed to bring dignity and gravitas to any role he played. He worked with many of the great directors and if his star did not shine as bright as the Gables and the Coopers of the world, in the public mind at least, his body of work now seems to mark the beginning of the recognisably modern man. Henry Fonda did it with style and ease, even if the troubles were tearing and pulling at him beneath the surface. Perhaps that’s what made him so eminently watchable and compelling.