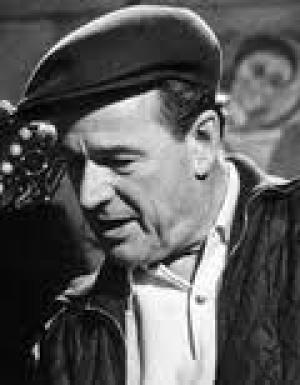 Mann of the West

Anthony Mann had a background as an actor and director on the New York stage before David O. Selznick gave him his first break in movies by employing him to film screen tests for East Coast actors. After a time where he learnt his craft there, he went west, which would be a fitting direction to take for a director to make his name in that most American of art forms, the Western. He worked as an assistant to Preston Sturges on 'Sullivan's Travels' before embarking on his own career with a series of unremarkable programme fillers. In the late '40's he found his metier with some bleaker, gritty Film Noir's, and once he had support and confidence he proceeded to carve out his own niche in the area of the 'psychological' western.

Mann's westerns with James Stewart will be his legacy, however many good films he made in other genres. The actor and director were perfectly in sync with their desire to explore dimensions of the western 'hero' that were decidedly more 'anti' than not. The level of detail of the inner workings of these character's, the juxtaposition of his dilemmas against a mighty and unforgiving landscape, these were themes that enabled the pair to create such a vibrant and textured body of work. Mann went on to invest his insights into the Historical Epic in the '60's, ironically after being removed from 'Spartacus' by the star, Kirk Douglas, who was possibly looking for a more pliable director, or one that didn't favour his British co-stars. Hiring Stanley Kubrick to replace Mann would hardly fix that issue!. Mann made a couple of reasonable epic's in 'El Cid', with Charlton Heston, and 'The Fall of the Roman Empire', with a cast of usual suspects.

The Man From Laramie

The Fall of the Roman Empire