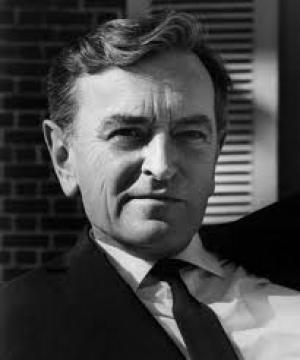 "I've just begun to dare to think I perhaps am a bit of an artist." ~ David Lean

David Lean is one of the most respected British directors to have emerged from the clutch of British filmmakers who cut their teeth on 'quota quickies' in the 1930's, where he eventually became the most sought after editor in England, contributing significantly to many quality films. Michael Powell in particular paid tribute to his work in improving The 49th Parallel. Lean's experience with film stretched back to the silent cinema and it would not be until 1942 that he got his first chance to direct (as co-director) with Noel Coward on In Which We Serve.  The partnership with Coward produced three more films, Lean struck out on his own with the second of them, the brilliant and under rated This Happy Breed. The partnership concluded with the luminous Brief Encounter, which was almost a doomed lover's, poetic realist film worthy of the French, and Lean set to on definitive adaptations of Dickens with Great Expectations and Oliver Twist, both starring the inimitable Alec Guinness.

Lean spent the early '50s refining his craft and never producing less than quality work, before hitting his epic stride with The Bridge On The River Kwai, a result of the decline of the British industry and American money looking around for joint ventures. Sam Speigal, notorious near con-man and Hollywood legend invested in Lean again after Kwai and the result was Lean's magnificent and unsurpassed Lawrence of Arabia, the mother of all epics, fashioned from Robert Bolt's stunning and literate screenplay. The law of diminishing returns and the changing financial climate for studio films meant a perfectionist like Lean would not be as prolific as his early self, and he only made 3 more films in the 20 years after Lawrence. Doctor Zhivago is flawed, though compelling, Ryan's Daughter is excellent and mostly misjudged and A Passage To India is a fitting valedictory for such a consummate cinema artist. Lean's dream project with Bolt was a film about Captain Bligh and the mutiny of Fletcher Christian and his crew, but a mere 6 weeks away from filming Lean died of throat cancer.

In Which We Serve

A Passage To India