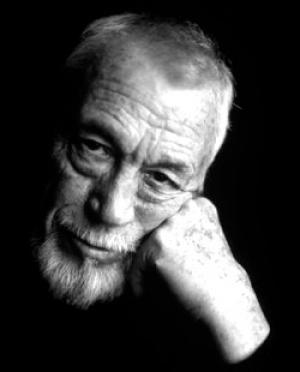 "Most directors don't know what they want so they shoot everything they can think of — they use the camera like a machine gun. John uses it like a sniper." ~ Michael Caine on John Huston

A painter and a boxer in his youth, after a peripatetic life in young adulthood, including a stint in the Mexican cavalry, Huston settled on writing. His father Walter had become a famous actor in Hollywood and John started writing for the studios, enjoying some success in the late '30s. He joined the trend of writers becoming directors and began with a smash hit with The Maltese Falcon.  Huston distinguished himself in the war by making several documentaries and continued his Hollywood career after with a couple of notable Bogart hits in The Treasure of the Sierra Madre  and Key Largo,  the former winning his father an Oscar.

After the McCarthy era witch-hunts he left America for Ireland and more or less incorporated filmmaking into one part of a full and adventurous life. he favoured literary properties for his work, adapting many books himself and it seemed for every miss there was a substantial hit, or enough to keep him a bankable director into his '80s. John Huston was an expert horseman, and horse breeder and inveterate gambler who always ran his own race.

Huston, like John Ford, never shot more footage than he needed, therefore he effectively 'cut in the camera', giving studios no options as to re-shaping his singular vision for his films, he once said, "I don't even know the editor of my films most of the time."  Huston was an American Auteur long before the French critics coined the phrase, and a maverick in the conservative confines of Hollywood. The legacy he left is an object lesson in what a bloody minded misfit, convinced of the value of his art, can achieve.

The Bible
The Barbarian and the Geisha